Motor Minesweeper MMS 39 would have looked the same as her sister ship, MMS 192. Note, the Acoustic “hammer” on the bow in the up position used to sweep for acoustic mines and the drum on the stern for the LL cables used to detonate magnetic mines.

The following crewmen lost their lives:

Seventeen survivors of MMS 39 owe their lives to an air-sea rescue float (an anchored vessel equipped with water, food medical supplies and signal lights) which they swam to after their minesweeper sunk.

The survivors of the MMS 39 swam to air-sea rescue float after their Minesweeper detonated a mine and sank. 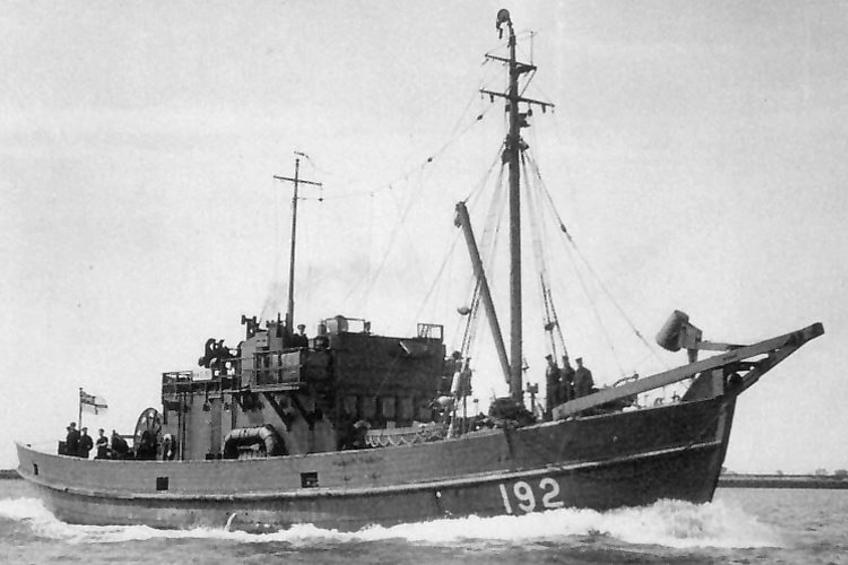 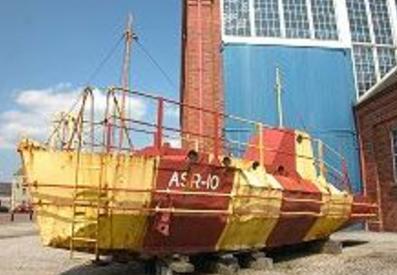