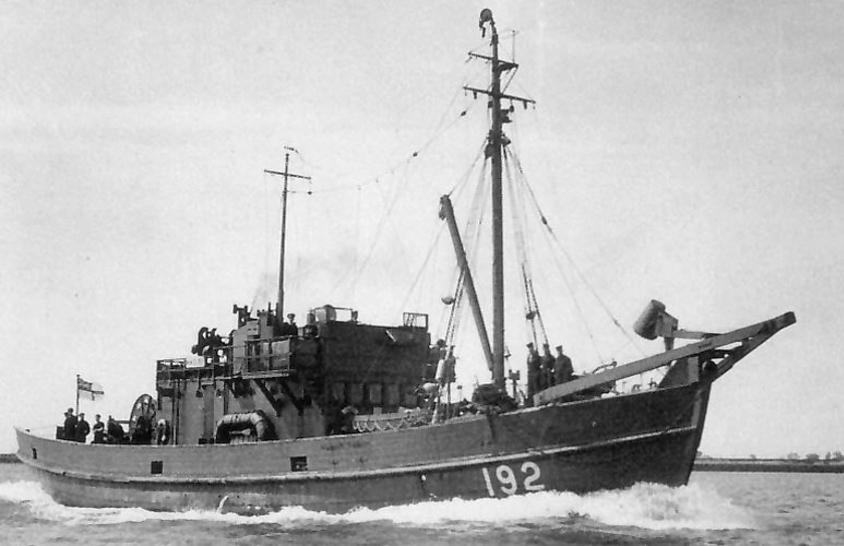 Thank you to Marion Wardell for the information and photographs. Marion's father, Lieutenant E. A. Cash served on Motor Mine Sweeper MMS 45.

Marion was christened on the ship and the crew gave her a silver bracelet which is engraved.

Before serving on MMS 45, Lieutenant E. A. Cash served on the Anti-aircraft paddle steamer HMS Westwood-Ho.

Lieutenant E. A. Cash was on board HMS Westward Ho when she made three harrowing round journeys to Dunkirk being dived bombed by enemy planes. Westward Ho rescued 1,686 British soldiers returning them home to England.

MMS 46, thought to be in the same minesweeping flotilla as MMS 45. 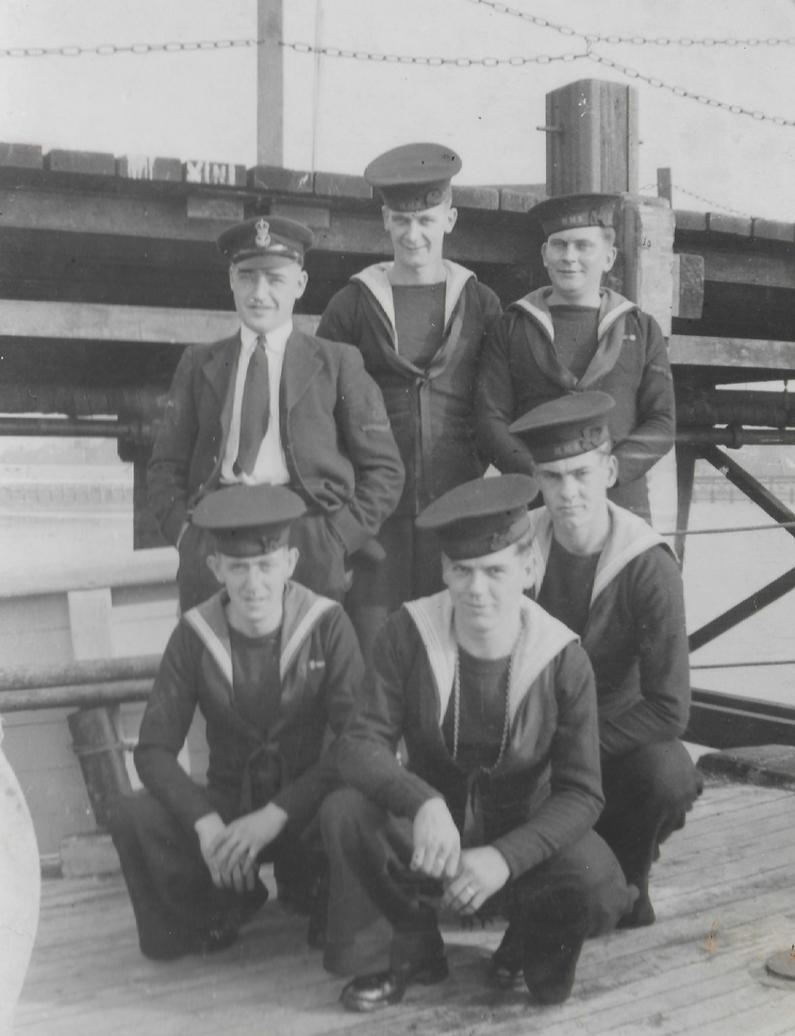 Like many of the Wildfire III, Queenborough MMS 45 took part in “Operation Calendar Two”. Clearing the vital water way of the Scheldt Estuary of mines and opening up the port of Antwerp to resupply Allied troops with over stretched supply lines. 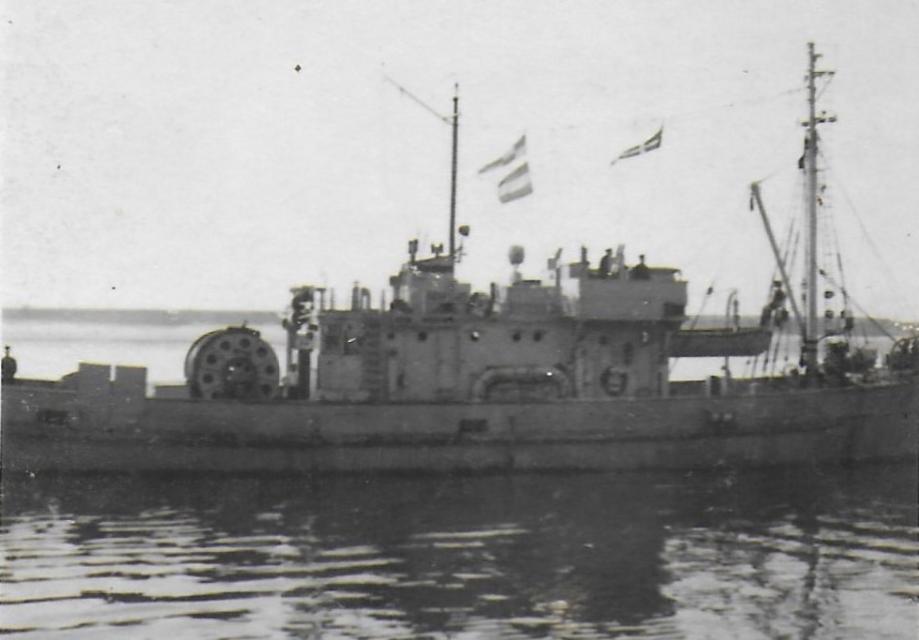 Lieutenant E. A Cash when he served on the Anti-Aircraft vessel, the paddle steamer HMS Westward Ho.

Motor Minesweeper MMS 25 would have looked the same as her sister ship, MMS 192. Note, the Acoustic “hammer” on the bow in the up position used to sweep for acoustic mines and the drum on the stern for the LL cables used to detonate magnetic mines. 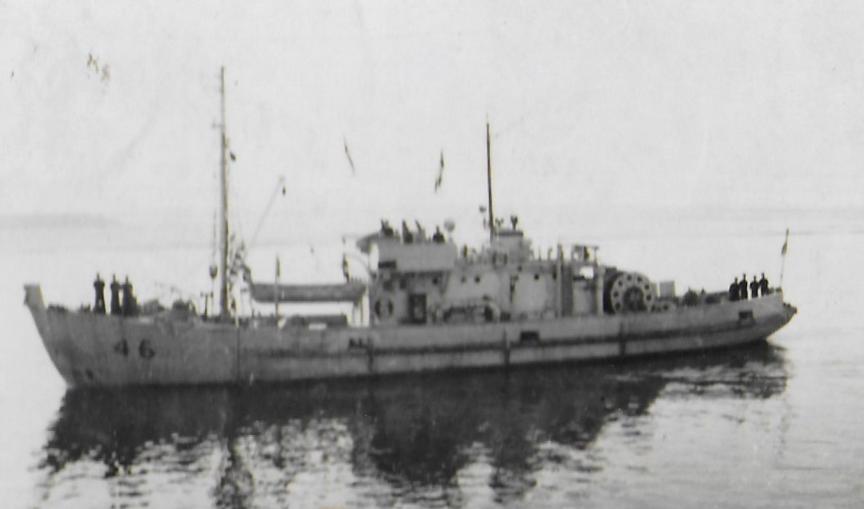 Officers from the Westward Ho. 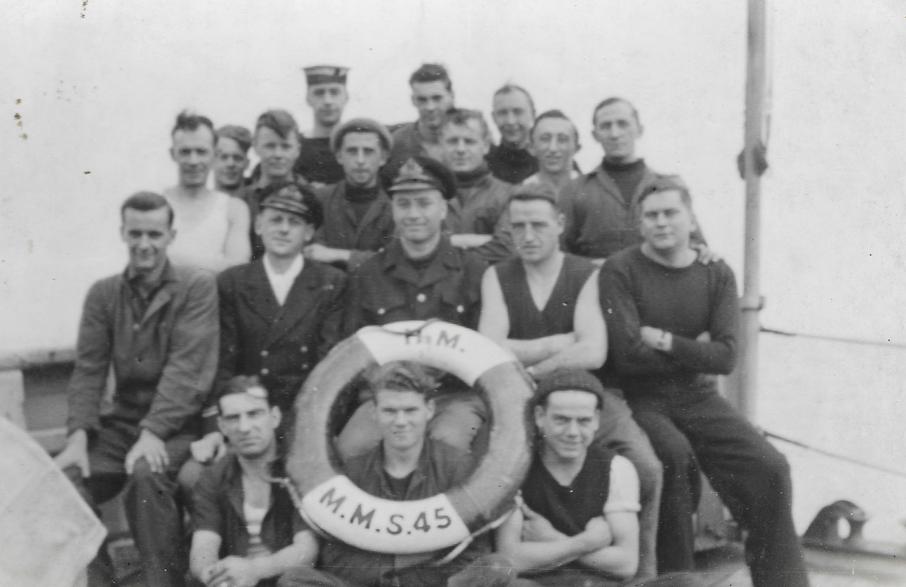 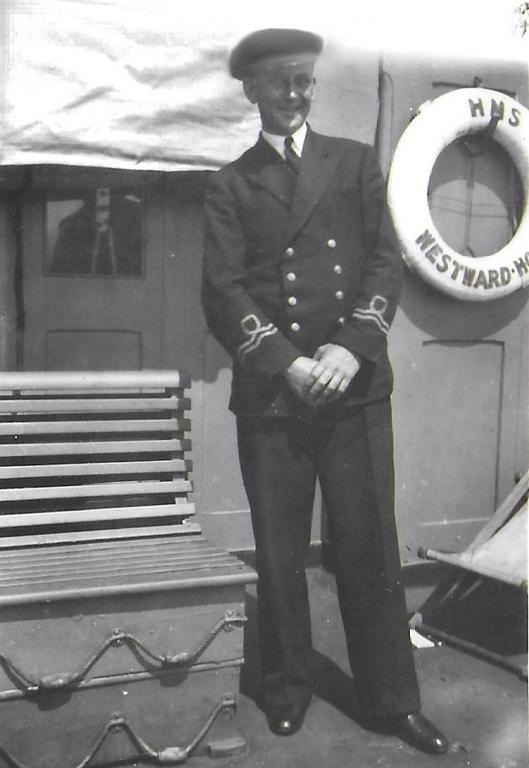 CLICK HER TO GO TO THE WESTWARD HO WEB PAGE. 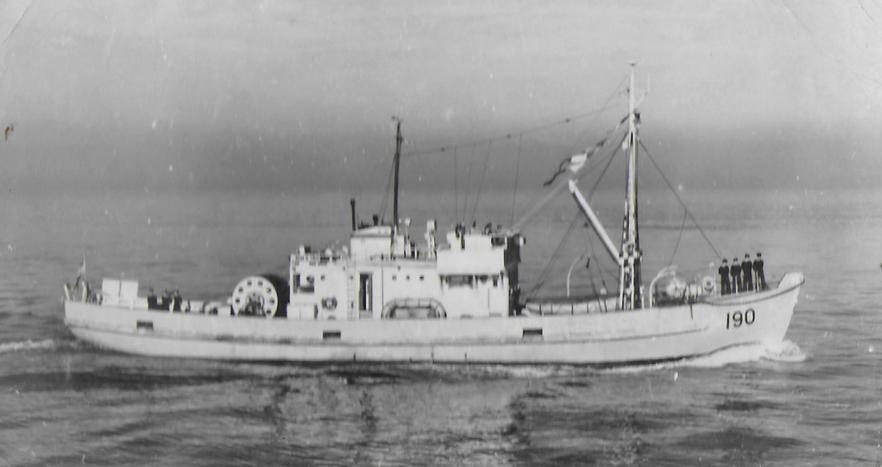 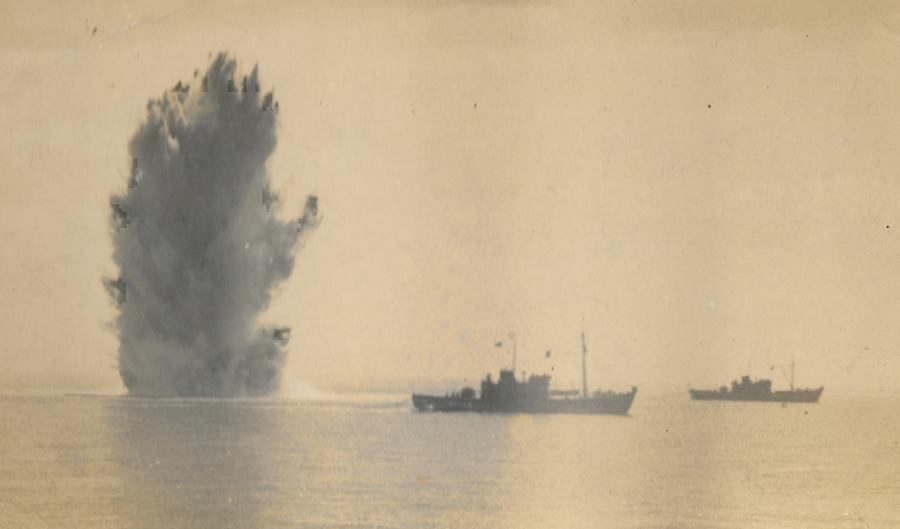 Motor Mine Sweeper MMS 45 from Lieutenant E. A. Cash's collection. 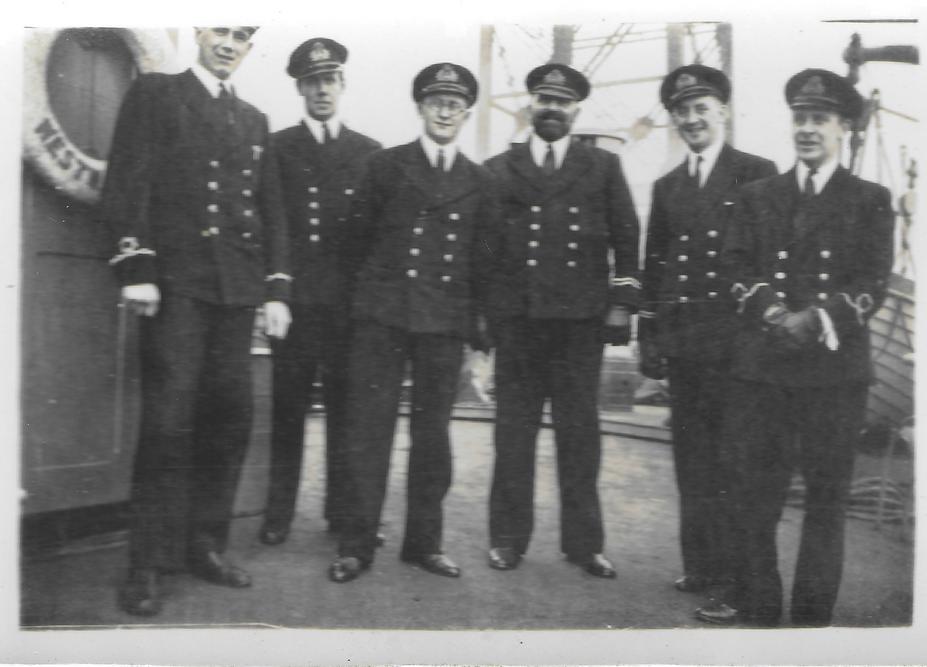 A huge explosion from a magnetic mine having been detonated by the LL cables of Motor Mine Sweepers.
​​Taken from MMS 45.