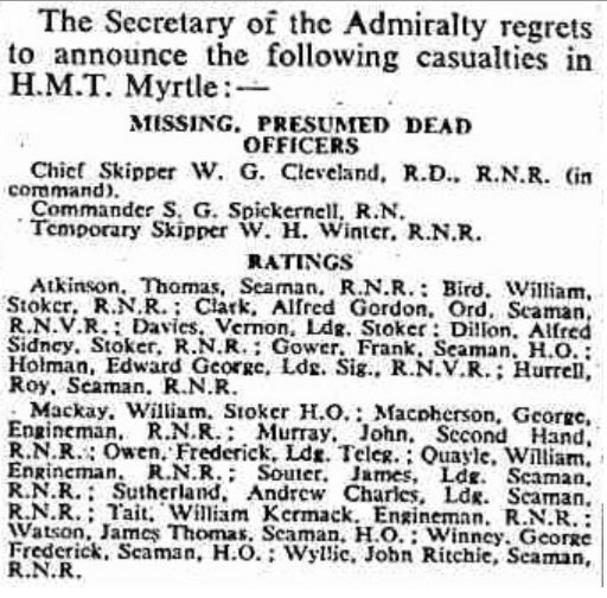 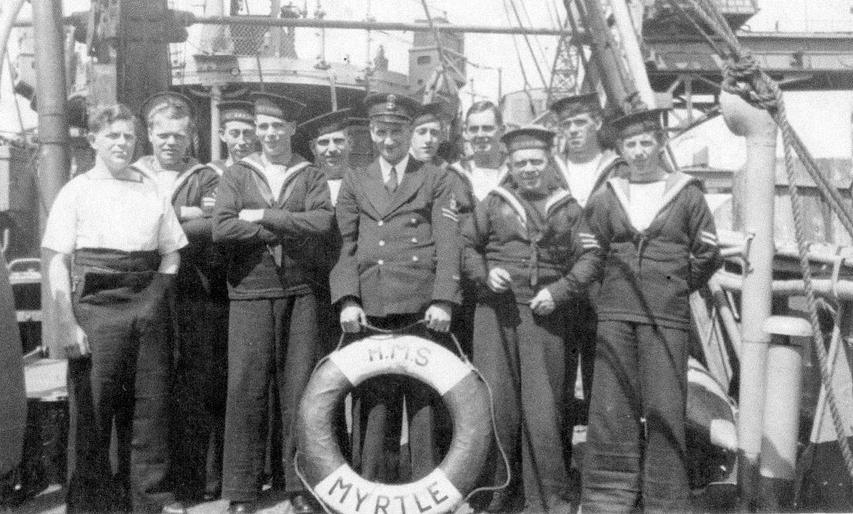 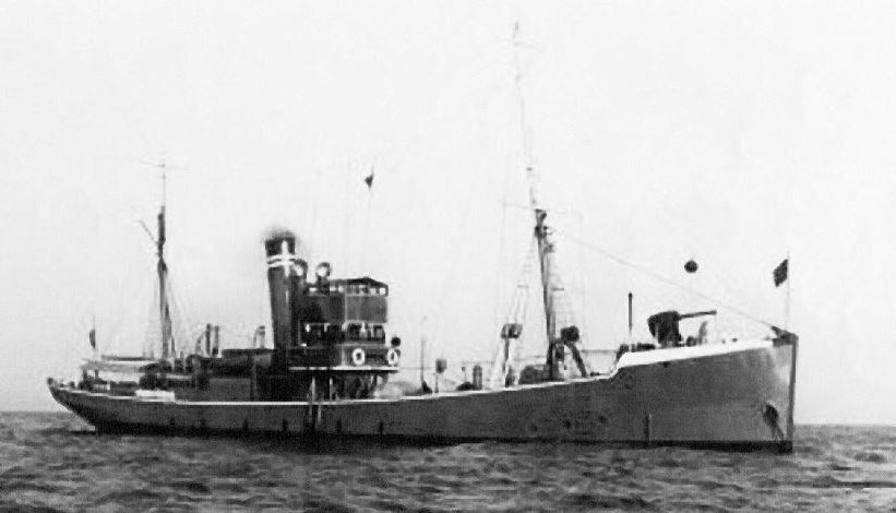 The Myrtle rescued survivors from the SS Lowland which had detonated a mine and sunk. Seven months later, while trying to pull a magnetic mine on board the Myrtle and all her crew were lost when it detonated.

February 1939. The Myrtle with others in the Tree Group was purchased by the Admiralty and converted to Minesweepers.

13 November 1939. HMS Cruiser Adventure and HMS Destroyer Blanche detonated mines with loss of life, many injured and great damage. The new and as yet impossible to sweep magnetic mines were suspected to have been laid in that area. The Destroyer Glowworm stationed herself east of the tongue Light Vessel to redirect shipping around the danger area, and the Minesweeper Myrtle positioned herself to redirect shipping coming out of the Thames.

22 November 1939. The SS Lowland detonated a mine, off Clacton on Sea and sunk with the loss of nine of her crew.  HMT Myrtle rescued the survivors.

14 June 1940. When a magnetic mine was being pulled on board by her crew, it exploded with the loss of all her crew.

DISTINGUISHED SERVICE CROSS. A DSC was awarded to James Cormack Penman, Stoker, R.N.R., H.M.T. Myrtle.
The above Appointment and Awards are for, unfailing courage, endurance and resource in H.M. Trawlers, Drifters and Minesweepers in their hard arid perilous task of sweeping the seas clear of enemy mines.

To find out more of the Myrtle’s movements go to DRIFTERS AND TRAWLERS.