28 May 40. Commander J. Glendinning RNR, took command of the Tug Java and proceeded to Dunkirk on the 28 May 1940 at 1430 hours. The Java towed four drifters and five motor launches, manned by naval personnel, which included the Nayland.

29 May 40. The little convoy arrived off Bray Dunes at Dunkirk on the 29th May 1940 at 0100 hours. The Java anchored in three fathoms (18 feet) of water and sent in the little boats. At first the troops weren’t evident as they were dug in and sleeping amongst the sand dunes.

The Nayland, together with the drifters and motor launches the Java had towed to Dunkirk, took troops off the beach and out to the larger ships standing by off shore. As each of these ships filled up with troops they departed and returned to Dover.

When the ships had gone the Nayland and other small vessels were ordered to transfer troops to the Anti-Aircraft Cruiser HMS Calcutta.

The Calcutter had been stationed off shore giving much needed anti-aircraft cover to the small ships, time and time again beating of attacks by enemy bombers.

By 1900 hours on 29 May 1940, as there were no more ships standing by to take on troops the Nayland and accompanying vessels were ordered to take the troops they carried directly back to Ramsgate.

30 May 40. The Nayland arrived at Ramsgate at 9.30 on the 30 May 1940. The troops relieved to be back on British soil, despite not having eaten for almost three days, were reported by Commander Glendinning as being “in good heart”. The Nayland returned to the Dunkirk Beaches where she continued to lift troops from the beaches and take then to larger vessels.

2 June 40. The Nayland returned to Ramsgate and disembarked 28 troops. Throughout that day she transferred troops from larger vessels laying off Ramsgate to shore before returning to Dunkirk during the hours of darkness. At this time the small ships, in addition from being attacked from the air, were in range of the enemy shore guns and were under orders to only operate off the Dunkirk beaches at night.

3 June 40. In the morning the Nayland arrived back ot Ramsgate and disembarked a further 55 troops.

The Nayland had rescued 83 troops bringing them directly to Ramsgate and hundreds, if not thousands of others by transferring them from the shore to larger ships.

In the nineteen-seventies the Nayland, her name now changed to Peggotty, was the home to a group of hippies at Richmond-upon-Thames.

In 1987 the Peggotty was purchased by her present owners, Joe and Penny Eves, who completely re-built her, saving this courageous “Little Ship” with her gallant war history. 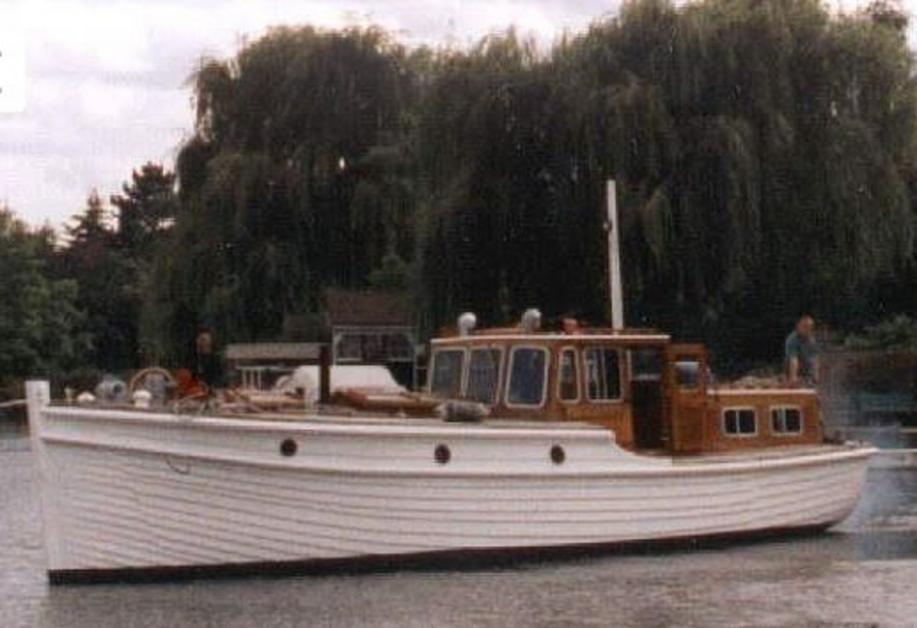 ​The Nayland as she is today.

Naval Auxiliary Boat.
​One of the famous “Little Ships” of Dunkirk.

The Nayland, renamed Peggotty, survives today.
Should you have been listening to the BBC on your radio on 14th May 1940 you would have heard the following announcement, “The Admiralty have made an order requesting all owners of self-propelled pleasure craft between 30 and 100 feet in length to send all particulars to the Admiralty within 14 days of today, if they have not already been requested”. 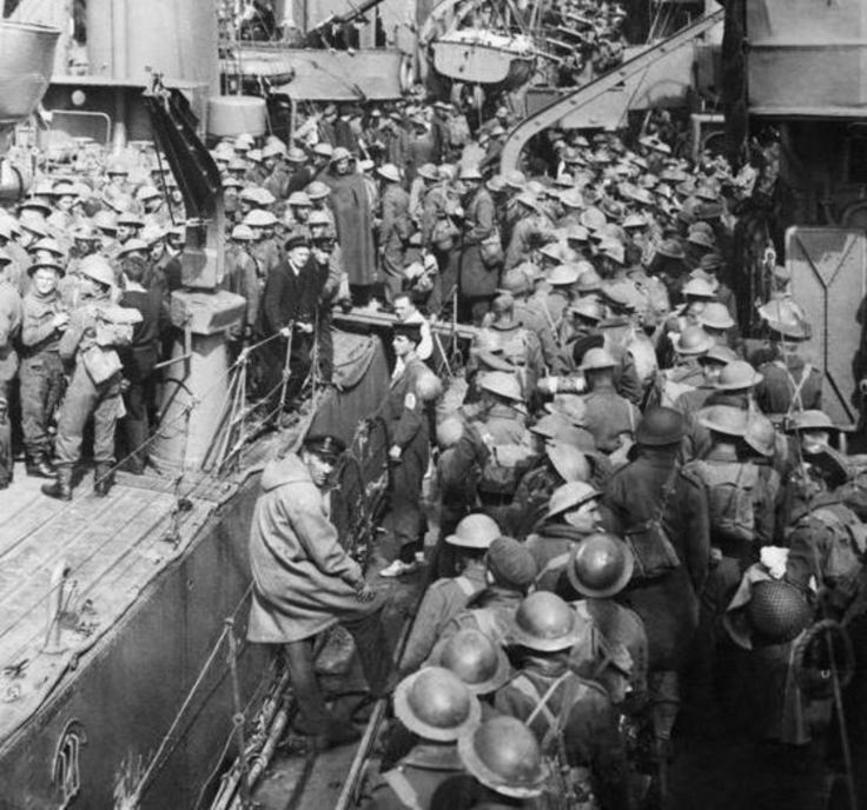 Troops arriving at Dover on Destroyers taken off the Mole and Dunkirk beaches by “Little Ships” such as the Nayland.