March 1941. Converted to a Minesweeper working out of Wildfire III Queenborough.

1945. Returned to owner and sold. Owned by Joseph Craig, Aberdeen. Registered at Aberdeen A.589.

To find out more of the Pelagos movements go to DRIFTERS AND TRAWLERS.

A Castle Class Minesweeper, the Pelagos firstly worked out of Harwich as an Auxiliary Patrol Vessel and later out of Wildfire III, Queenborough as a Minesweeper.

Initially there were only three Royal Navy personnel on board the Pelagos the rest of the crew being fishermen who had been enlisted into the Navy as T12433 ratings. (T12433 ratings were usually fishermen, crews of vessel taken over by the Admiralty who joined as a group when their ship was requisitioned.)

As a patrol vessel the Pelagos escorted coastal convoys along the English Channel and North Sea and kept a look out for the signs of invasion. The Pelagos would often spot German aircraft laying mines and report their position.

Accommodation on board the Pelagos was cramped and only possible as there were two watches.

When under attack by enemy aircraft and returning fire, the ammunition was from World War One, the clips had started to rust and the guns would often jam.

The Palagos would have looked like this model of a Minesweeping Trawler showing the LL magnet sweeper gear on the stern and the Acoustic sweeping gear on the Bow. 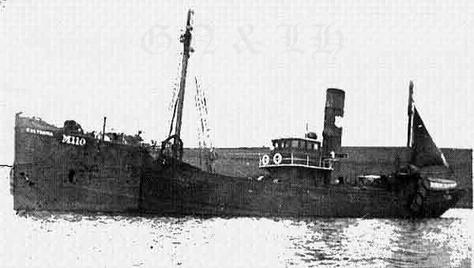 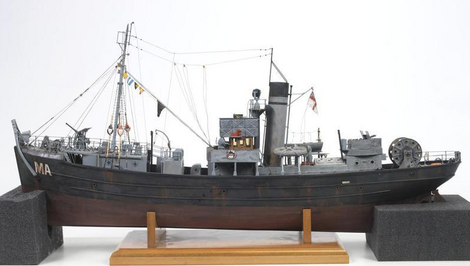