Little Ships of Dunkirk being towed down the Thames by a Tug. First stop Sheerness, then on to Ramsgate for Dunkirk. 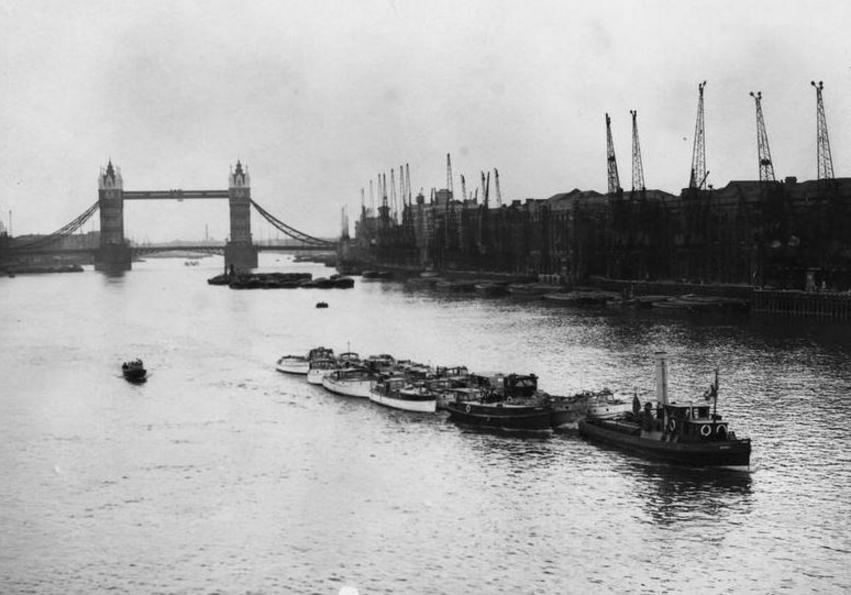 One of the “miracles” of Dunkirk was the good weather. Many of the “Little Ships” were river boats and unsuited for the open sea. Should the weather had been bad and the seas rough the outcome of Dunkirk and World War Two could have been very different.

Queen Boadicea II has the capacity for 145 passengers. She was built for work on the River Thames between Richmond and Hampton Court. She was a river passenger boat, ideal for transporting large numbers of people along a river but less than ideal for an open sea crossing between England and Dunkirk. But as history records the weather over the period of the Dunkirk Evucation was advantageous.

29 May 1940. It is unrecorded exactly when the Queen Boadicea II arrived at Dunkirk. Commanded by Lieutenant J.S. Seal, RNR she probably arrived on the 29th May accompanied by many other “Little Ships”.

31st May 1940. The weather did change and on the Friday  a fresh on-shore wind began to blow pushing the Queen Boadicea onto the beach. As she was in danger of grounding on the beach and becoming trapped she made her way to Dunkirk Harbour.

As the  Queen Boadicea II moved towards the Harbour there was a huge explosion and the  Motor Launch Janice was hit by a bomb and sank immediately. Her Royal Navy officer, Sub-Lt. Bell, RNVR, and another sailor were killed, and the remainder of her crew blown into the sea. The Queen Boadicea managed to pick up three of her crew.

June 40. The Queen Boadicea II having proven her usefulness was retained by the Navy, painted navy grey and served at Sheerness as a Naval Auxiliary Vessel.

She is recorded as being at the NORE COMMAND, Sheerness in 1942 as Naval Auxiliary Boats - NAYLAND, QUEEN BOADICEA II, both at Sheerness to join Boat Pool.

After the war she saw service as a passenger ferry between Greenwich to Westminster. Later she was owned by Dart Pleasure Cruises, Dartmouth, Devon. Her final home is in Plymouth where, owned by Tamar Cruising she provides a ferry service in Plymouth.

Today visitors can enjoy, “during the summer months from April to October a 45-minute tour of the docks and part of the Gloucester & Sharpness Ship Canal” on a Dunkirk veteran. 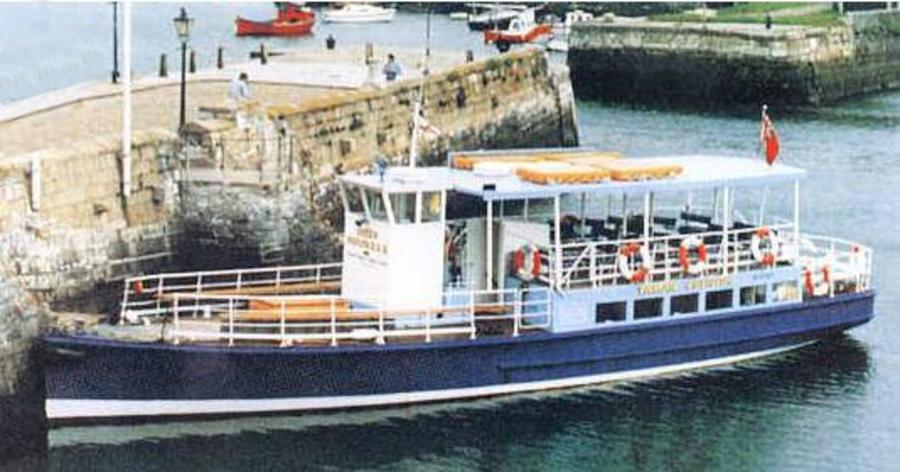 One of the “Little Ships” of Dunkirk.