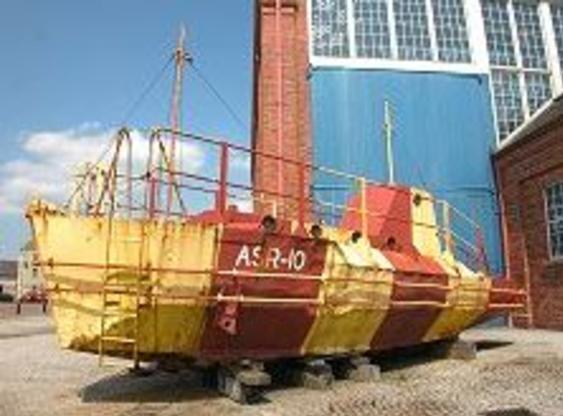 ASR 10 (Air Sea Rescue 10) . ARS's were designed to be easy to board and  were fitted with six bunks, emergency rations and signalling apparatus to attract attention.

Two “R” boats, which were faster than ARB’s, (Air-sea Rescue Boat) numbers R.101 and R.104 were stationed at Sheerness.

Sheerness had introduced air-sea rescue floats which were placed at intervals in the outer Thames Estuary. These were equipped with food, water, medical supplied and lights for signalling ships. It was the R.101’s job to maintain these rescue floats and check for surviving aircrew.

At some time between 26 May and 4 June 1940 R.101 took part in the Dunkirk Evacuations. That she was there is certain as she is recorded in the lists of vessel which were at Dunkirk, but little else has been recorded of her exploits.

The R.101 was probably sent to Dunkirk on the 28 May 1940 when other vessels were sent from Sheerness these included the Extended Defences Flotilla’s armed yachts, Amulree, Caleta, Christobel II and Glala.

At Dunkirk the R.101 had an advantage many of the “little ships” did not have, she was fast. Should a Stuka dive bomber come screaming out of the sky in a bombing dive, she could nimbly move out of its path. Although its sister ship 102 had a crew man badly wounded in an enemy air attack.

The R.101, because of her speed would have been used to take messages, transfer key personnel and reconnoitre the changing situation on the beaches. To be mentioned in the list of Dunkirk vessels she would have also picked up troops from the beaches and transferred them to England.

9 September 1942. The Sheerness air-sea rescue boats landed two dead crewmen from an RAF Mosquito of 23 Squadron. They were found by the Sheerness Patrol Drifter Lord Keith near B6a buoy.

27 August 1943.  Air-sea rescue boats from sheerness saved ten crewmen from a ditched US Airforce Flying Fortress. They were found in the Thames Estuary in two rubber dinghies. Flotation bags were fitted to the plane and it was towed to shore and beached at  Marine Parade, near the Coal Pier, Sheerness. While it was being cut up a spark ignited fuel, causing an explosion which seriously injured a dockyard worker. 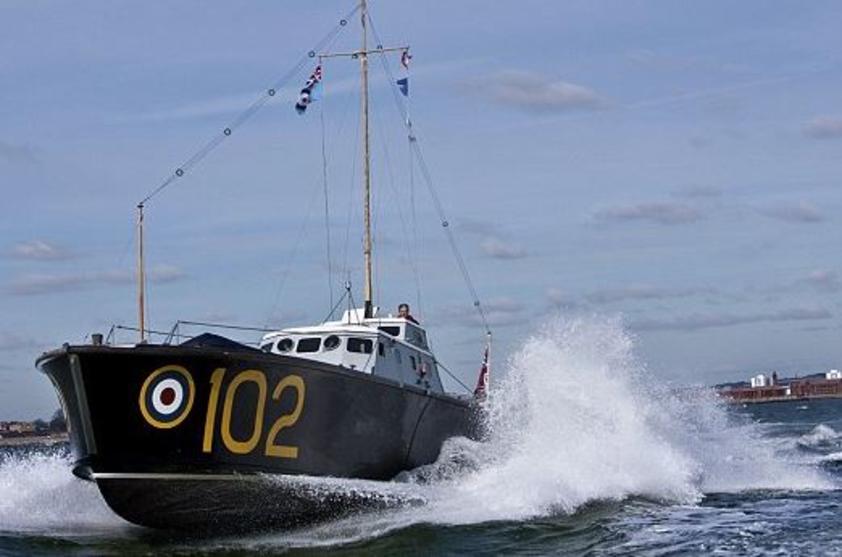 Because allied aircraft (British and American) avoided the extensive ship-born barrage of  balloons over the Thames Estuary the Sheerness Air-sea rescue boats were not regularly called out on rescue duty. They did undertake a large range of general duties and other safety work to support the RAF. These duties included maintaining air-sea rescue floats and checking them for downed aircrew. 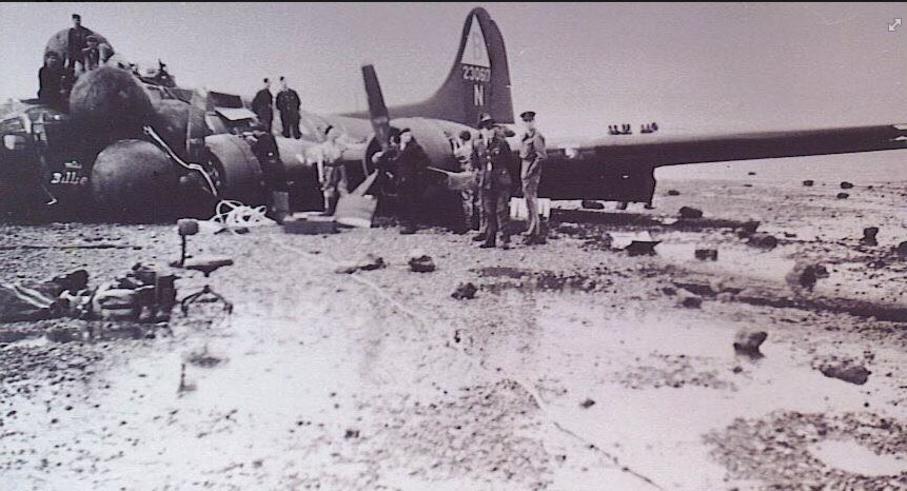 B17 Flying Fortress which crashed landed in the sea off Sheppey and the crew were rescued by
the Sheerness RAF Air-Sea Rescue Boats. The chair which appears to be an office chair is the chair of the Bombardier. The Bombardier sits in the plastic dome at the very front of the B17 "Flying Fortress” in order to give him as clear a view of the approaching target as possible.

Flak damage forced to ditch in the Thames Estuary on the 27th August 1943.

Early in the war an RAF Air Sea Rescue Service base was established at Sheerness with rescue boats Jamarna, Miss Littlehampton, R.101 and R.104.

During World War Two over 13,000 lives were saved by the crews of the high speed rescue boats who in all weathers and under attack by the enemy, upheld their oath "The Sea Shall Not Have Them".

​4 October 1943. Ten more rescued aircrew were transferred from the Lord Keith and taken to shore by the Sheerness Air-sea Rescue Boats.

3 march 1944. Five air crew were transferred from another minesweeper and ferried to shore by the Sheerness Air-sea Rescue Boats.

13 April 1944. A USAAF Lightning pilot was rescued near B5 buoy by the Sheerness Air-sea Rescue Boats.

12 May 1944. Nine USAAF crewmen rescued by Sheerness Air-sea Rescue Boats near the B5 buoy.