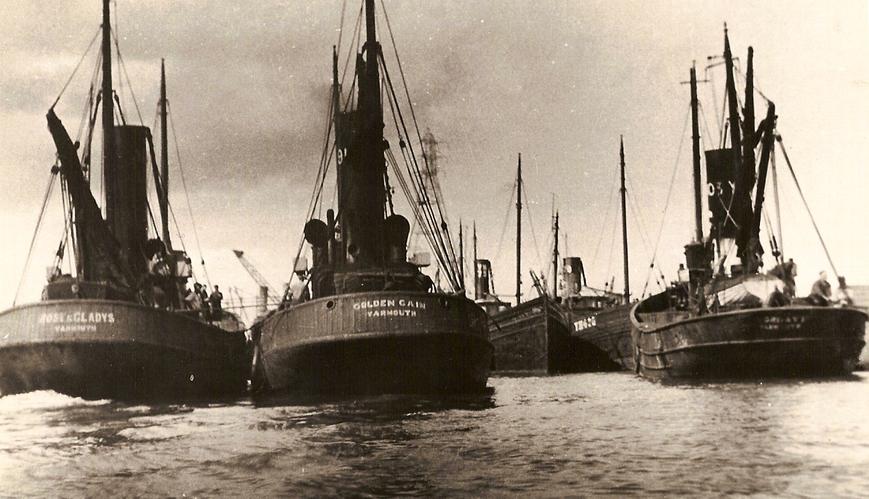 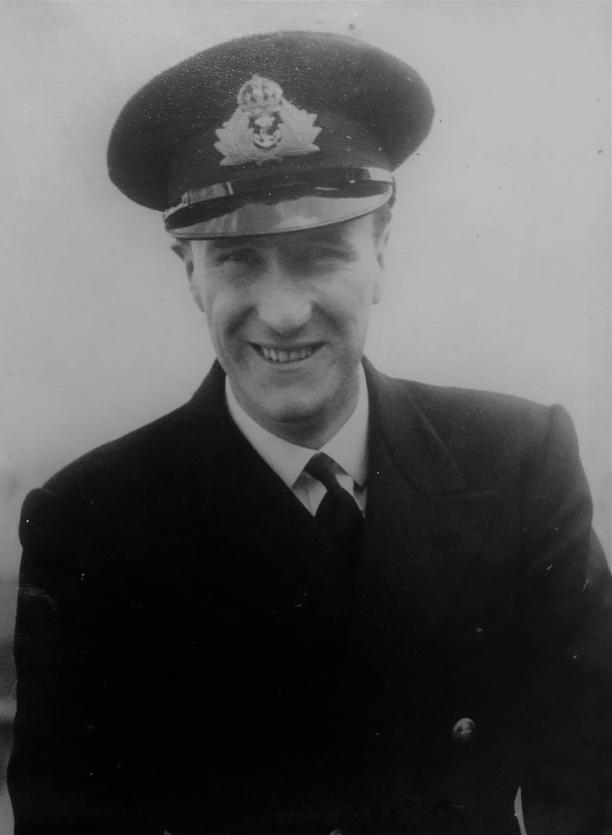 Robert, during his research also managed to find the Board of Inquiry Report into the sinking of the Receptive.
It can be found HERE.

In it, there seems to be some difficulty in identifying the  type of mine which sank the Receptive. Magnetic mines were mainly being dropped by German Aircraft at that time. However, the Receptive was a wooded hull vessel, (although she had a metal steam engine) and she had also been degaussed only six weeks previously, therefore should have been invisible to magnetic mines. It is possible when a vessel, close by, started its engines, it set off an Acustic mine.

The surviving Crews evidence from the Board of Inquiry Report.

I was standing by the side of the rigging on the port side of the vessel. Suddenly there was an explosion. I was lifted up off the deck,  just before I took to the water I was facing aft. There was a lot of wreckage coming down on top of me, so I  go below the surface. When I found my way to the surface again through the wreckage there was only the stem afloat. Three other survivors were there. I scrambled on the stem of the vessel and had not been there for a few seconds before the stem of the vessel began to go down. There were two men on the deck. One I suppose was the coxswain, who was badly injured around the head. Before we had any chance of getting them away, the stem was going down so we had to jump for it ourselves.

You tried to rescue them?

Yes, we tried to rescue the coxswain.

Did you see near the beginning of the explosion any signs of the Commanding Officer?

Are you seaman Uren of the Drifter "Receptive"?

I was sitting in the mess deck at the time mentioned it shook and went a bit dark. I immediately got on the table and clambered through the gangway as the ladder was blown away.

I got on deck.  Saw the coxswain on the deck. He was seriously injured.

I gave the other fellows a hand to clear the wreckage away from him.  But we were all in danger, all hands jumped clear. I also jumped.

Did you see anyone else?

Only the seaman right forward.

I did not actually notice.

You and stains and the Signalman tried to get the wreckage off the Coxswain?

​Are you seaman Robinson of Drifter Receptive?

I was down below forward in the engine room. There was an explosion, or two explosions I think. I came up the forward hatch and found the back part of the ship was gone altogether. In three minutes it had gone down.

Did you assist in trying to remove the wreckage from the Coxswain.

What time was there between the two?

They were right on top of one another.

Did you get the Coxwain free?

The ship sank just as we got him free. 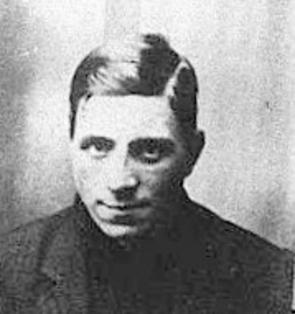 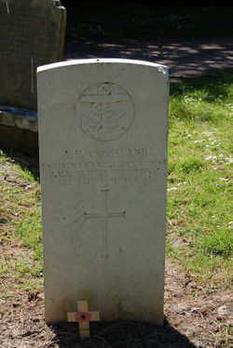 EDGAR GARNETT,  who served on HMS Receptive and was lost when she detonated a mine.

Photographs and information from Andy Carne whose grandfather Ordinary Seaman Edgar Garnett, is buried at at Woodlands Cemetery, Gillingham  after the loss of Receptive on the 3rd July 1941.

Richard Wittridge, known to his friends as “Dickie” was a cook on the Receptive who sadly lost his life when HMT  Receptive detonated a mine in the Thames Estuary and sank.
​ (photo by kind permission of Steven Galvin,  Richard Wittridge was his great, great uncle. 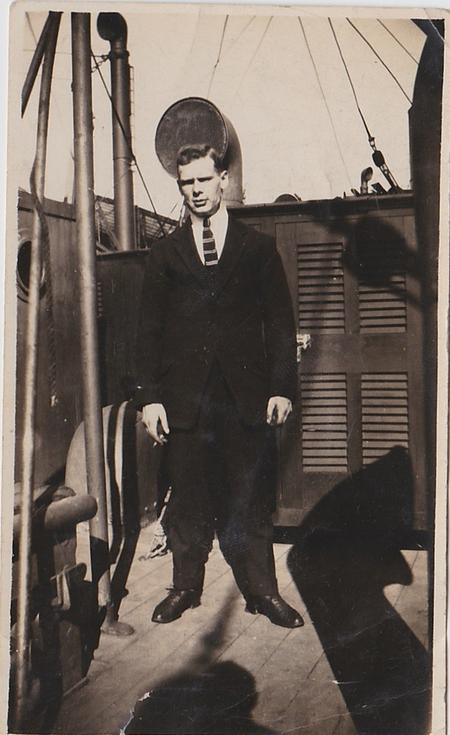 The Training Vessel Caterina at Wildfire III, Flushing Pier. The train would take passengers directly on to the pier to take the ship to Flushing (Vlissingen) in Holland. Note the two depth charges on the stern of the Caterina. 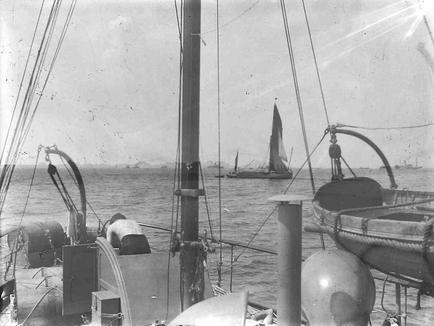 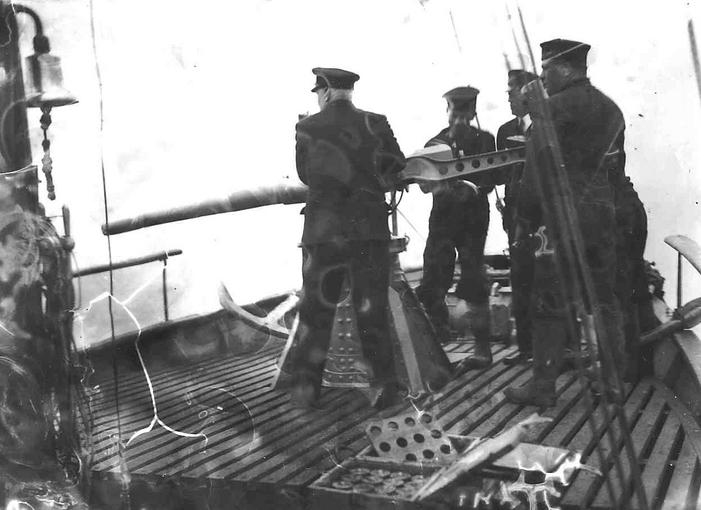 Robert tells us, “My mother’s father, Ty Lt Raymond Remington was in charge of Trawler Receptive based at Wildfire III up until 3 Jul 41 when the trawler was blown up at the top of the Faversham Creek whilst towing skids to Whitstable for degaussing.

Acustic mines that had been dropped by aircraft on the previous night. The sentry on Sheppey heard engine noise from an aircraft but didn’t report it until 24 hours later. It appears the mine landed right in the middle of the navigable channel and a boat waiting to set off when the trawlers passed by the following evening started up its engines which set the mine off as Receptive was travelling over it.

There was a Ty Lt Girling who was in charge of the Trawler minesweeper following behind. He wrote a letter of condolence to my widowed grandmother, and gave evidence at the inquiry held at Chatham. I think he may be listed on the webpage as 'Ty Lt Gilling’ for the years 40 and 41 when I know he was at Queenborough.

My grandfather was a photographer before the war with his father. About ten years ago we developed the unexposed plates.

It was only 2011 when we discovered the old family information was apparently incorrect, as my mother was told her father had died on board a minesweeper in harbour at Portsmouth during an air raid. We’re not sure if this is what her mother and grandmother told her as a child, or if that was the information they were also given.

At the time of his death, my grandfather was due to be redeployed to undertake anti-submarine training, presumably to be posted to anti-u-boat work. 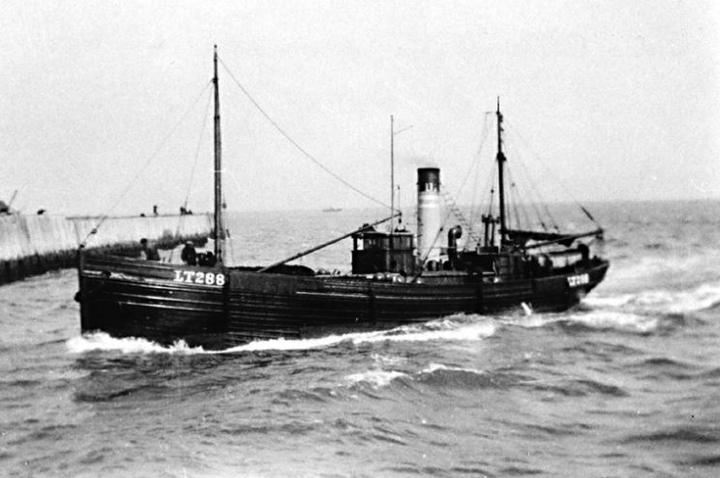 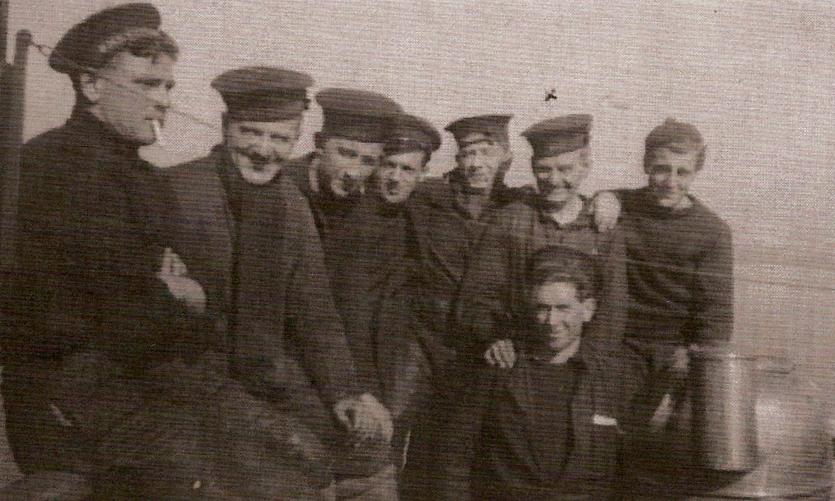 An East Coast Convoy from ahead. Churchill said  to the men of the minesweepers keeping these sea lanes open, "No work was more vital than yours; no work has been better done. The ports were kept open and Britain breathed. The Nation is proud of you."

Certification of Death for James Chisholm.

An East Coast Convoy, bringing vital supplied into the Thames Estuary, coal to power the factories of war, food to feed the people of Britain and urgently needed war materials and equipment from the USA and around the World.

ALFRED HAROLD CROSSLAND who served on HMS Receptive and was lost when she detonated a mine.

The Receptive  would have looked like this Drifter the Renascent. ​ 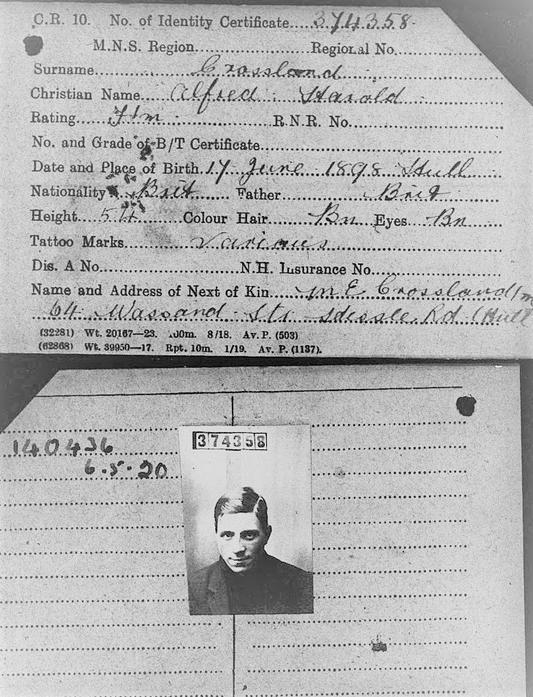 A Thames Barge and a sailing vessel, both playing a part in transporting cargo during World War two.

James Anderson Chisholm was a stoker on APD HMS Receptive and lost his life when she detonated a mine.

Thank you to Peter Buck for the following photographs and information.

The Receptive had a short but gallant life of less than 15 months before she detonated an acustic mines and sunk two and a half miles north of Warden Point, the Isle of Sheppey, close to the Medway Channel and three miles east of Medway Gate in the anti-submarine/anti-e-boat Boom across the Thames Estuary.

Any hope that mining offensives in the Thames Estuary and on the East Coast would slacken when Germany invaded Russia on the 22 June 1941 was quickly dashed when the Minesweeper HMT Devon County detonated a mine and sunk on the 1st July 1941, HMT Receptive and the Barge Rosme on the 3rd July 1941, HMT Lord St Vincent on the 7th July 1941 and the Destroyer Whiteshed severely damaged with the loss of 13 crew on the 30 July.

Just as the Germans were about to launched their attack on Russia the Luftwaffe heavily attacked the East Coast and Thames Estuary. In one week alone (21 to 28 June 1941) ten vessels were badly bombed of which eight sunk.

On the 1 July 1941 the Luftwaffe dropped a large number of acustic mines in the Thames Estuary. One mine landed at Leysdown and as Lieutenant Cliff defused it hissed and crackled giving him electric shocks. He had to defuse it under a tarpaulin as the Type G Acustic Mine was fitted with a photo-electric cell booby trap.

As you can see by the gaps in the data below, we don’t have a lot of information about the Receptive. At 86 tons the Receptive is too small to be listed on Lloyds Register. Please contact us if you have any additional information.

Isle of Sheppey, near HMS Wildfire III, Queenborough, Winter 1940. (Possibly inside Sheerness Dockyard.
Note,  the "Blackout" head lights on the cars.
(Please let us know if you recognize where this photograph was taken.)

April 1940. The Receptive was requisitioned by the Admiralty and converted to a Armed Patrol Vessel.

To find out more of the Receptive’s movements go toDRIFTERS AND TRAWLERS.

Type of Vessel: Hired Drifter converted to a Minesweeper
Admiralty Number: Adty No 3116
Fishing Number:  LT 78 Lowestoft
Year Constructed:  1913
Gross Tons:  86 tons
Fate: Detonated a mine on the 3 July 1941 with the loss of 9 of her crew. 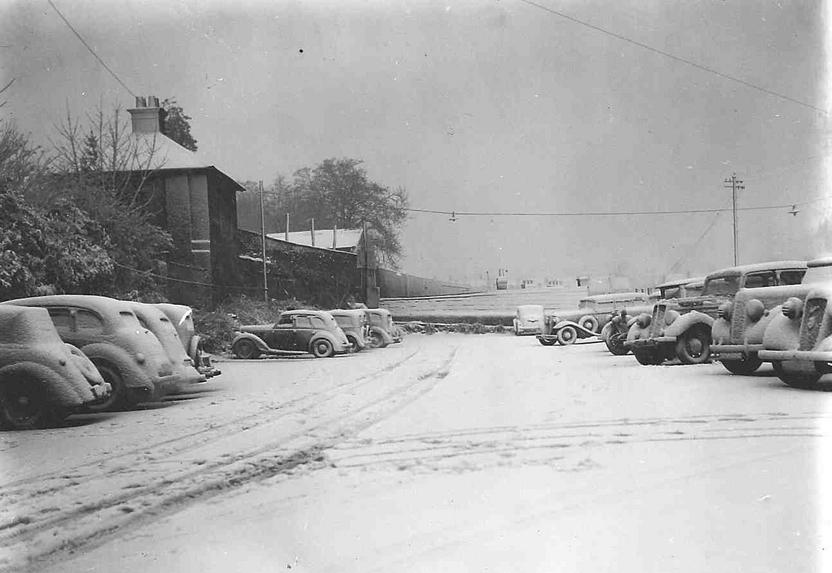 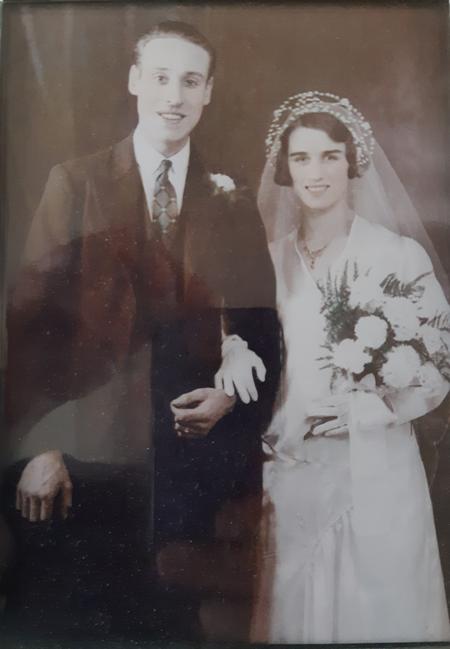 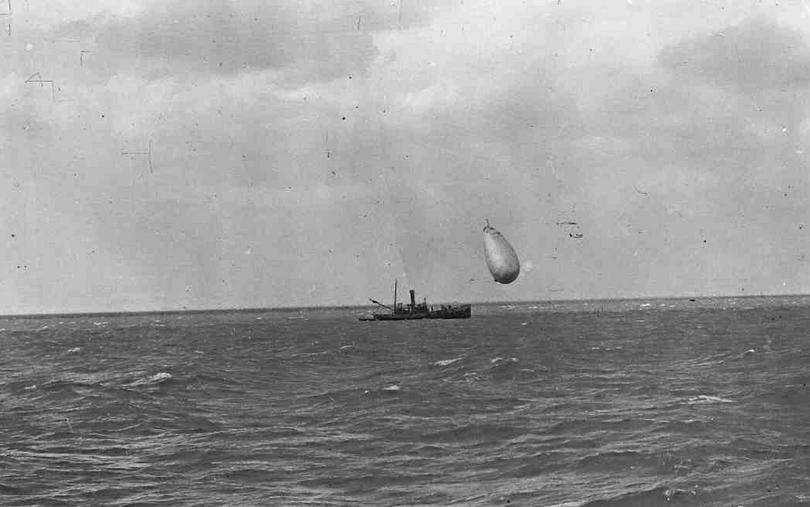 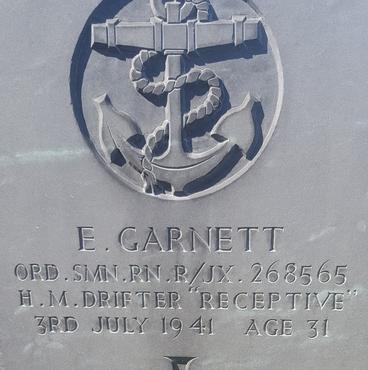 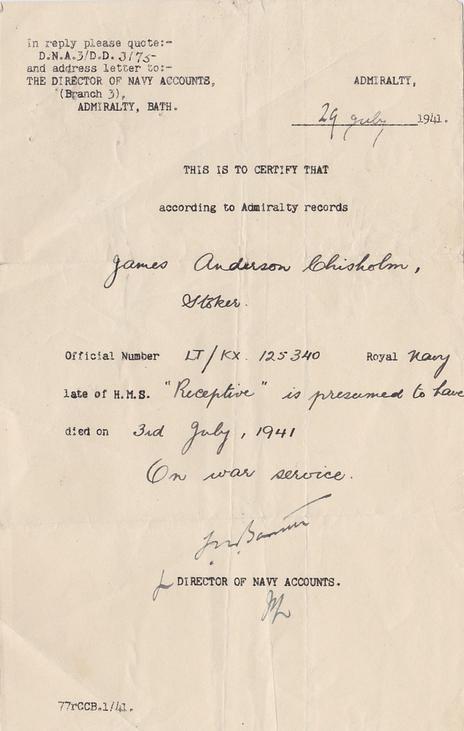 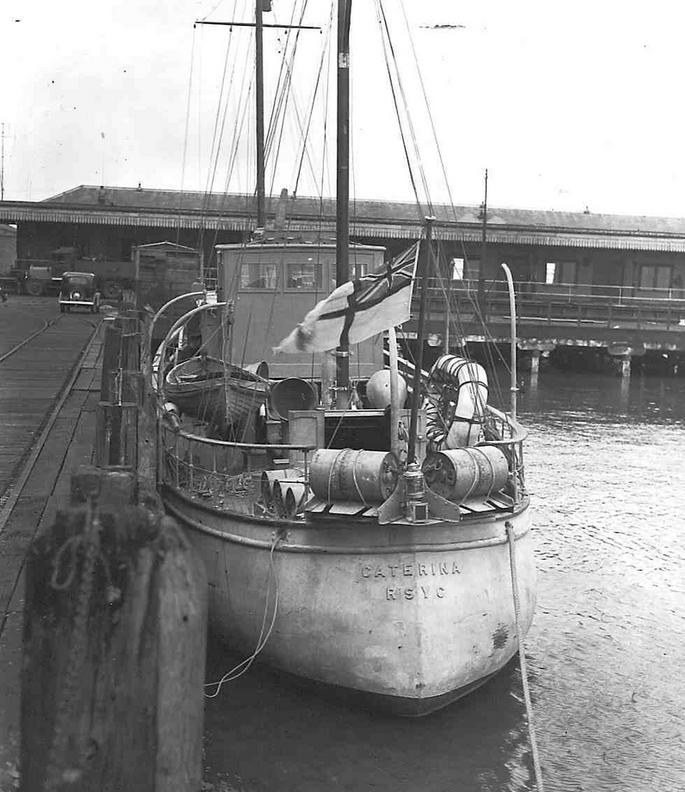 Crew of the Receptive.  Frederick L Cork, Stoker, lost in the explosion, is second from the right.  James Anderson Chisholm​ is on the left smoking a cigarette.
​If you can name any others, please let us know.

The only know photograph of Receptive from her days as a fishing drifter. She in the center, facing forward with "YH 75" on her stack.

One of the only photographs we have of my grandfather, Lieutenant Raymond Remington, which I think is before he qualified as he doesn’t have any insignia on the uniform at the time the photograph was taken. 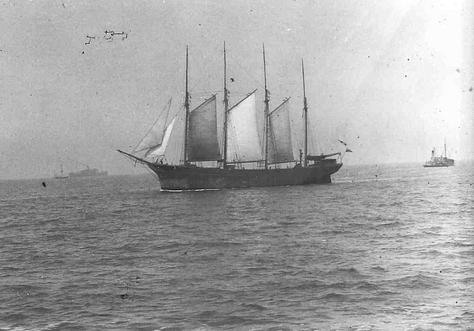 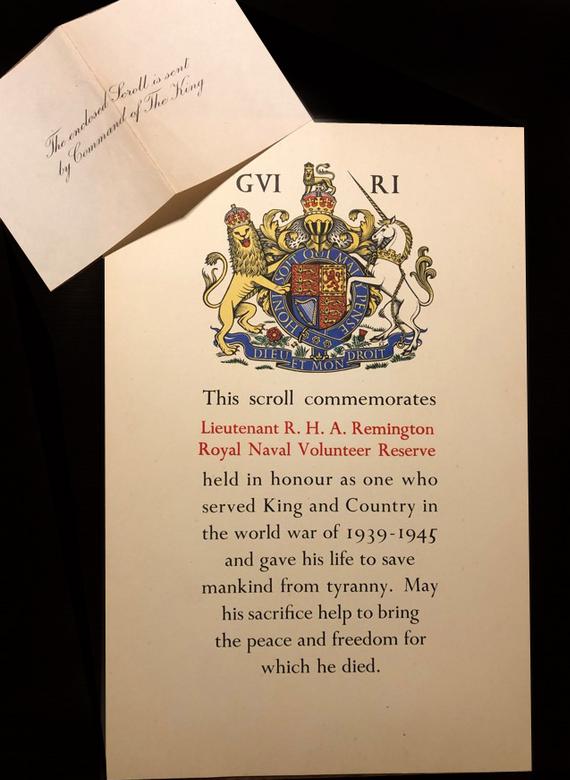 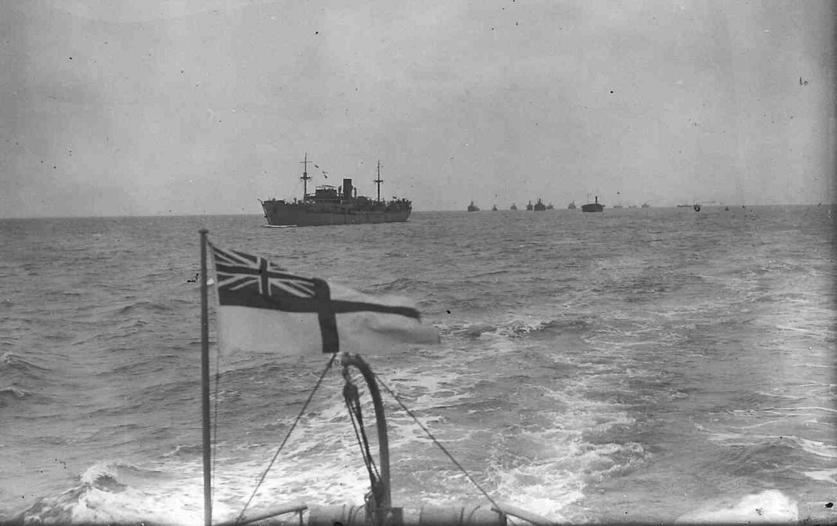 Commemorative Scroll was sent to my grandmother (wife of Lieutenant Raymond Remington) Although it was nice to send the commemorative scroll, it was  not welcome at the time. The scroll and Lieutenant Remington war medals  arriving after the war in 1946 caused heartbreak.