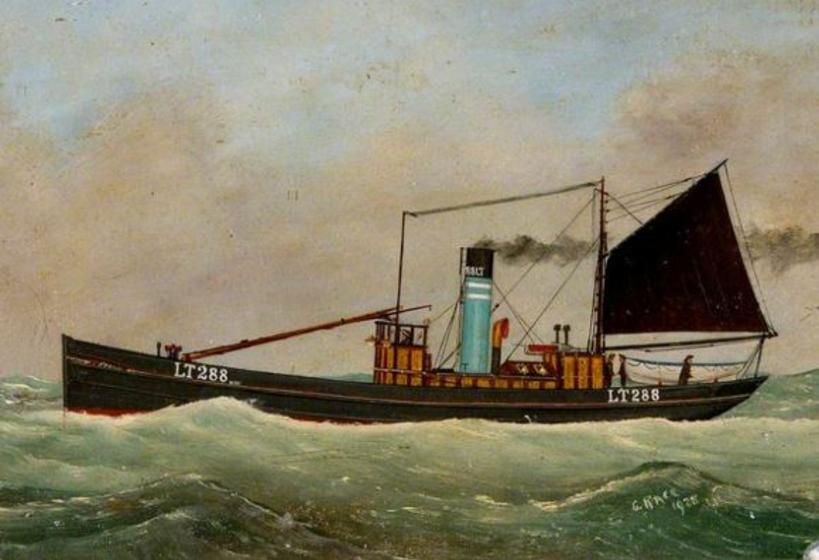 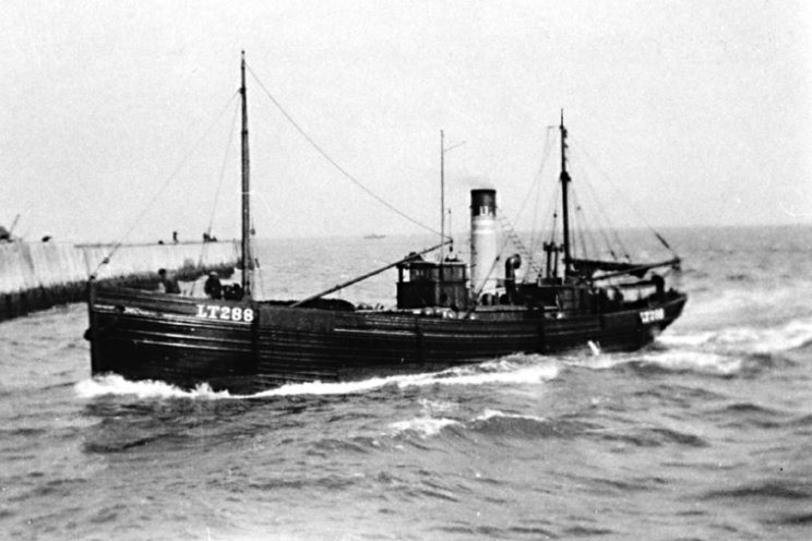 Painting of Renascent (LT288) by George Race at the Lowestoft and East Suffolk Maritime Museum.

HMS Renascent was a Lowestoft fishing drifter, which was requisitioned by the Navy in November 1939 as a Minesweeper, pennant LT288. She was hired for £37. 10. 0d a month. She survived World War Two and was returned to her owner in January 1946. She was sold to Norway in 1946 and foundered in October 1946 80 miles from Lowestoft. On the 28 October 1946, while sailing from Lowestoft, Suffolk, United Kingdom to Kristiansand in southern Norway the Renascent sprang a leak and sank in the North Sea.  Four crew picked up by the Fishing Vessel Grackle (H224)

The Renascent when she was a fishing vessel.

22 November 1939 to early 1940. The Renascent was one of the vessels (with Evening Primrose, John Alfred, Sea Holly and Sweet Promise) which formed part of an experimental flotilla following the successful retrieval of a German magnetic mine. This flotilla was fitted with various apparatus in an attempt to explode the new magnetic mines.

​Renascent is listed as being a Dunkirk between 26 May and 4 June 1940, but other than this little is known about her activities during that time. The Renascent would have certainly been sweeping the sea routes through the mine barrier. There were three of these Route “Z” 39 miles long and probably swept by minesweepers from Dover, Route “X” 55 miles long and Route “Y” 87 miles long. Wildfire 3, Queenborough, minesweepers would have been sweeping “X” and “Y” routes.

At night German bombers were dropping parachute mines off the Dunkirk coast and minesweepers would have swept almost up to the beaches.

In all some 665 vessels took part in the Dunkirk Evacuation of these 233 were lost and a further 61 put out of action.

The troops she rescued would have had undying gratitude to this gallant little vessel and her heroic crew.

The Renascent is recorded as being in the Nore Command at Sheerness (Wildfire III, Queenborough) in January 1941, and 1942.