HMT Samson saw service as a Minesweeper in both the first and second World Wars.  A robust, seaworthy vessel which between the wars fished in the Atlantic Ocean off of the Faroes and Iceland.

November 1939, Requisitioned and converted to minesweeper.

June 1944, converted to fuel carrier. (On D-day and after many of the smaller vessel were re-fuelled by Trawler Fuel carriers.)

HMT Sanson with Acustic mining apparatus on the bow, in the up position. 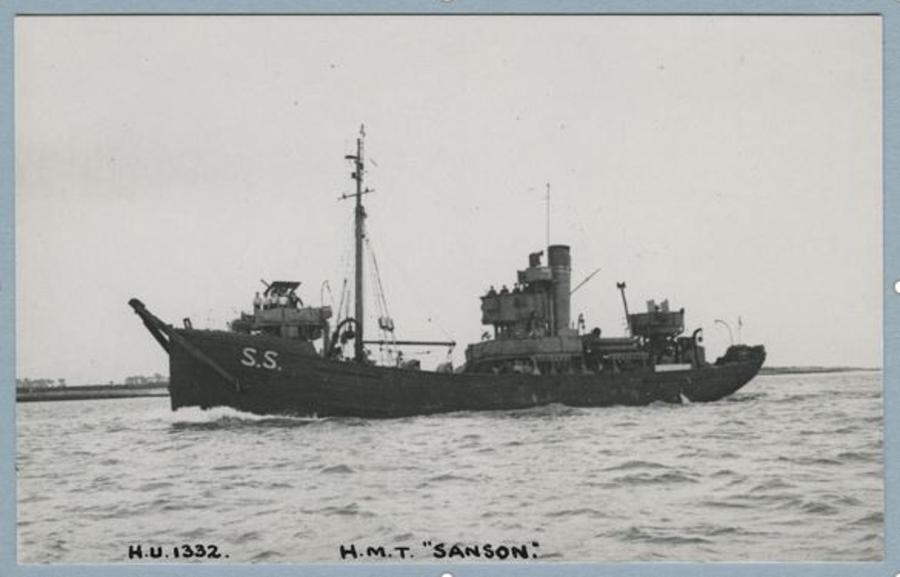