The Solstice was built to Admiralty specifications and completed in Oct 1918, too late to serve as a minesweeper in World War One, which ended a month later on the 11 November 1918.

Designed as an extremely seaworthy and robust vessel, between the wars the Solstice was a very successful fishing vessel fishing in the turbulent waters off the north west coast of Scotland. In 1939 the Solstice was again requisitioned by the Admiralty to serve as a minesweeper in WW2.

When serving as a minesweeper the Solstice was an LL Drifter. In LL (double L) minesweeping a pair of electric cables are towed parallel to each other on floats behind the minesweeper. These emit a strong electric pulse generating a magnetic field which detonates magnetic mines.

Late in the war when purpose built minesweeper, MMS’s (Motor Mine Sweepers) and BYMS (British Yard Minesweepers) became available, Trawlers and Drifters were often transferred to other duties. The Solstice was employed as a submarine tender.

​3rd  October 1918. The Solstice was completed and commissioned as a minesweeper. Admiralty No 3659.

1920.  The Solstice was transferred to Fishery Board for Scotland for disposal and sold to Burghead in 1921.

1920’s and 1930’s. Fishing out of Castlebay, Oban and Mallaig on the west coast of Scotland the Solstice was one of the top vessels with the largest catches.

11 March 39. The Solstice rescued the crew of the Laurel Crown, which hit a concrete navigation marker in Loch Oich and sunk within 10 minutes.

December 1939. Requisitioned by the Admiralty and converted to a minesweeper.

30 January 1944. Temp. Acting Sub-Lieutenant Peter James Hunt, was lost over board and was listed as MPK. (Missing Presumed Killed)

November 1946. The Solstice was broken up.

To find out more of the Solstice's movements go to DRIFTERS AND TRAWLERS. 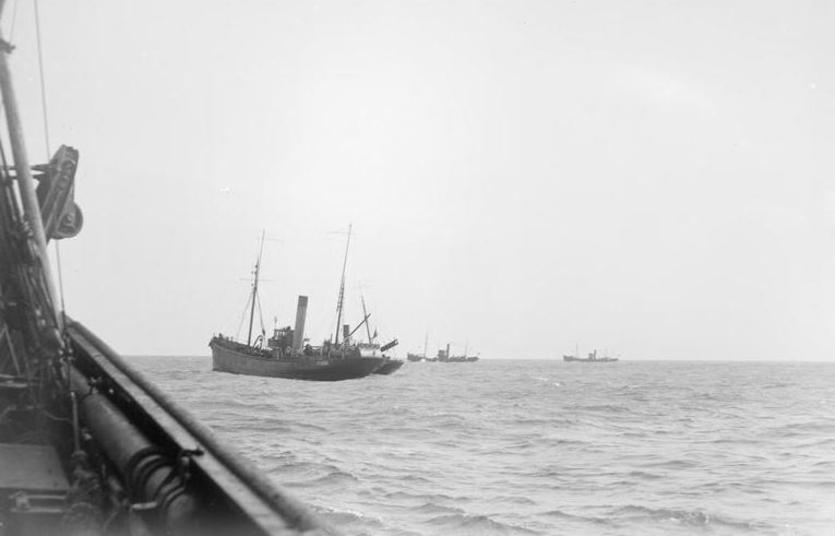