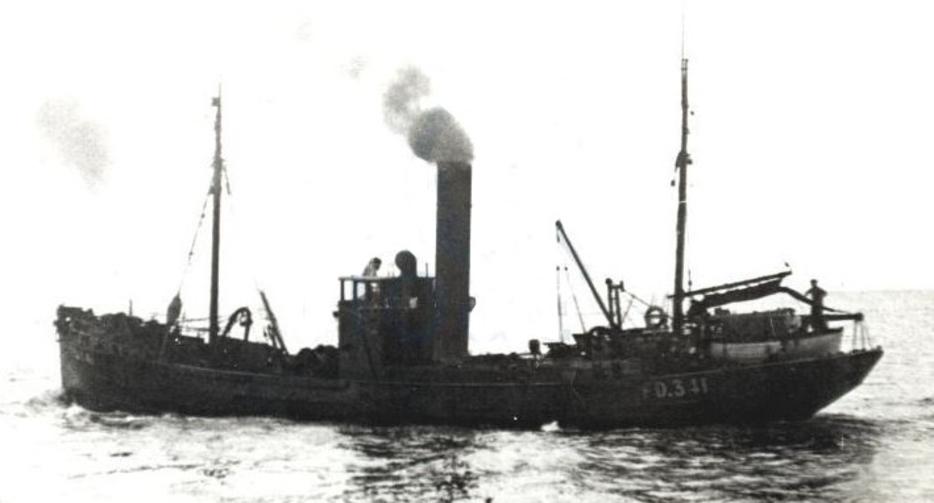 The St Olive was a hard working minesweeper in both World War One and World War Two.

Little is known of her exact movements during her time at Wildfire III, Queenborough. To find out more of the St Olive's probable movements go to DRIFTERS AND TRAWLERS.

It is known that other minesweeper in her group (Minesweeping Group 30) came under heavy attack from enemy aircraft with the Peter Carey being bombed and severely damaged. Vessel in the Minesweeping Group were credited with shooting down four German Aircraft.

To find out more of the  St Olive's movements go to DRIFTERS AND TRAWLERS.

Your son sent for me this morning and asked me to write to you, giving my reasons why the Admiralty should not take our latest vessel, the "Nairana".  They say we have four other vessels, but these belong to Mr. Curzon and his friends, and when Mr. C. E. Curzon took a minesweeping commission, he asked me to look after his interests while he was away, and it would be very unfair for us to lose our only chance of carrying on our business through this.  We are also paying three of our shore staff who have joined the army half their wages, and we cannot do this, neither keep on our old servants, if we lose the "Nairana".

I hope you will be able to make the Admiralty look at this in a fair light, as they have already had our "Koorah", "Noogana", "W.H. Podd", "Salome", "Joseph and Sarah Miles" and "Alpha".  The last three were under our management.