The Thomas Connolly was a Boom Defence Vessel at the Thames Boom which stretched across the Thames Estuary from Sheppey to Foulness in Essex.  This was a duty for which she paid with her sinking and the lives of her crew.

She was one of the many victims of the German Mining Offensive of the 8 to 15 December 1940 when over 350 enemy aircraft, each carrying two mines dropped their deadly cargoes in the Thames Estuary and along the East Coast.

On the night of the 12 December 1940, ninety-three enemy aircraft flew over the Thames Estuary and dropped their mines, by parachute, with a quarter of these falling inside the Thames Boom between Sheerness and Southend.
These mines were the new acustic mine, many with delay mechanisms. Shipping came to standstill in the Thames Estuary, but after three days with very few mines being found, the Thames Estuary was reopened.

Shipping was advised to travel at a low speed with minimal engine revs to try to avoid detonating the acoustic mines which were still believed to be in the Thames Estuary.

Seven ships detonated mines and blew up almost at once including the Thomas Connolly.  Many of the mines had delay fused and in the weeks that followed nine more ships blew up with over 150 of their crews lost.

Counter measures were quickly developed to combat these new mines and Queenborough minesweeper were fitted with SA sweeping capabilities. SA is Sweep Acoustic, a device similar to a Kanga Hammer which makes a loud thumping noise to explode acoustic mine.

The Thomas Connolly was immobilized for three days when all movement of shipping in the Thames Estuary was stopped.  When shipping was eventually given permission to move, she sailed along the Medway Channel and out through the Medway Gate in the Thames boom. Shortly after passing through the gate there was a huge explosion beneath the Thomas Connolly, devastating the vessel and killing seventeen of her crew.

November 1939. Requisitioned by the Admiralty and converted to a Boom Defence Trawler and fitted with a 12 pound gun. Her larger size and speed making her more suitable for a Boom Defence Vessel than a Minesweeper.

17 December 1940. The Thomas Connolly (Skipper A. Martell RNR)  detonated a mine and sunk  in Medway Channel off Sheerness, just outside the Medway gate in the Thames anti-submarine anti E-boat Boom.

Seventeen of her crew including  her captain Temp. Lieutenant R. L. Langridge RNVR, were lost and  Boom Skipper Martell was wounded.

We do not have a photograph of the Thomas Connolly  but she would have looked exactly like her sister Castle Class Minesweeper the  John Edmond, 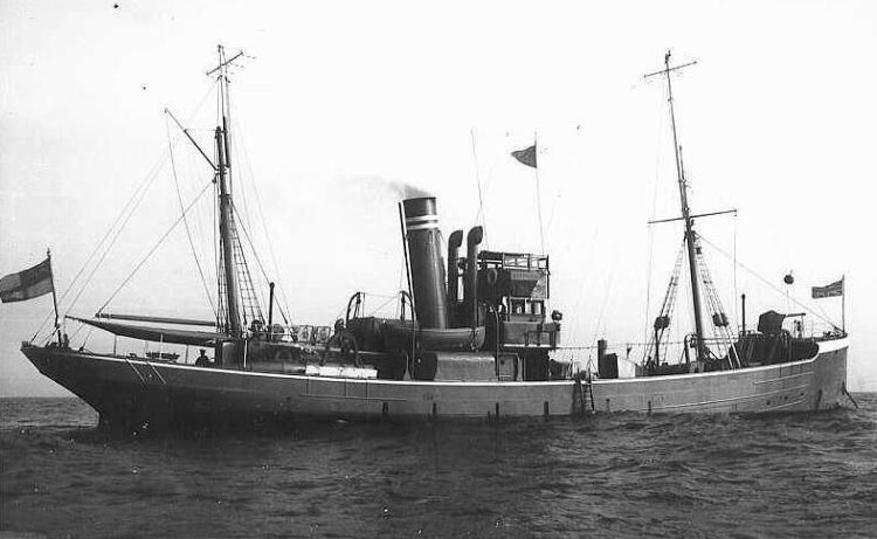