Landing craft and ships at D-day for which HMT Tocsin would have laid a smoke screen.

14 September 1919. The Tocsin was serving as a minesweeper even though WW1 had ended. She would have been at work clearing British and German mine barriers.

November 1939. The Tocsin was Requisitioned by the Admiralty. (Another source says it was in June 1940. This may have been something to do with the change of name. Skipper R.N.R., G. H. Hatfield, was in Command of the Libra from the 2nd  Dec 1939.)

December 1940. Renamed Tocsin. (There was another vessel named Libra serving in the Dutch Navy)

March 1944. The Tocsin was converted to an “Esso” a trawler used for refuelling other vessels. In most cases Trawlers were converted to fuel carriers shortly before D-day to be used in Operation Neptune. (The navy side of D-day)

6 June 1944. The Tocsin was off the D-day beaches, she was classed as a “Smoke Making Trawler” signal letters GRFX.

To find out more of the Tocsin’s movements go to DRIFTERS AND TRAWLERS.

All screening, vessels shall be prepared-to lay smoke on call. The general use of smoke is covered by Appendix 3 to this Annex.

Smoke may be used to screen

(h) Observation for control of gunfire, and
(i) Air attack.

Not be used unless ordered by the Senior Naval Officer Present. In conditions of half light, at dawn and dusk, smoke laid by escorts, clear of the convoy to obscure the light horizon, and possibly also between the convoy and direction of attack should prove most effective against low level attack. It must be borne in mind that smoke is often as useful to the enemy as to-our own forces and smoke screens, unless properly placed, prevent effective use of aimed fire from short range weapons.

OFFICER ON NAVY LIST June 45
Not on list.
If you, your father or your grandfather have any additional information about this ship, crew lists, stories, photographs, please send copies of them to be added to our records and this website.
Thank you.
Contact: johntenthousand@yahoo.co.uk

The Tocsin served in both World War One and World War Two as a minesweeper. During WW2 she had the unusual job of being a Smoke Making Trawler.

Smoke was used to screen the ships of the Normandy Beaches from the Shore Batteries. It was also laid at dawn and dusk to stop the ships being silhouetted by the lighter horizon and from attack by torpedo boats and submarines. 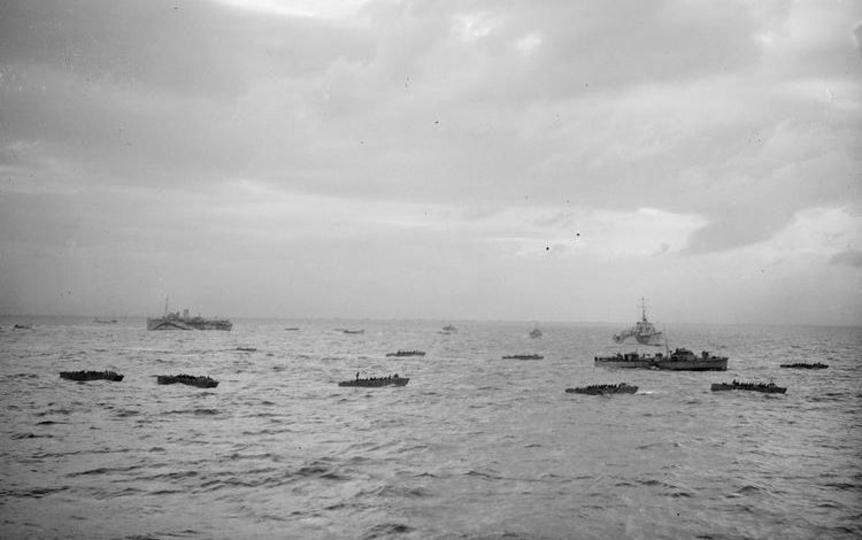