On a Field Blue, a Lyre Gold thereon in chief a star Silver.

HMS Vega, at Harwich. Note the Barrage balloons in the background.

​Initially V and W class destroyers had one or two anti-aircraft 2-pound Pom-pom guns mounted on a platform between the funnels. The main guns only had a maximum elevation of 30 degrees and were useless against attack by aircraft.  With the onset of WW2 their main armament was replaced by high angle 4 inch guns. A range of pom-poms, machine guns and Oerlikon’s were mounted together with improved fire control and ranging systems.

Little is known about the part HMS Vega played leading up to Dunkirk, but for much of that time she is thought to have been based with the 21st Destroyer Flotilla at HMS Wildfire at Sheerness. Historian and Author J. P. Foynes in his book “Battle of the East Coast” refers to HMS Vega as being a Sheerness Destroyer.

Sep 1939.HMS Vega was under conversion at Chatham dockyard as an Anti-Aircraft Escort (WAIR) as part of the Re-Armament Programme.

May and June 1940.  In May Vega was detached from her normal duties of escorting convoys and patrolling on the East Coast of England to support military operations in the Channel area and to assist in the evacuation of British troops from Belgium and French ports, to bombard German shore based units and to deny the use of Channel ports to the Enemy.

The Destroyers from Sheerness, including HMS Vega in addition to their escort duties, were operating along the French, Belgium and Dutch coasts leading up to the Dunkirk Evacuations. They landed and picked up troops and demolition teams, attacked German land based units and rescued troops trapped in French ports. They did all this with the ever present danger of mines, under heavy bombardment from enemy guns and captured French Batteries and while being bombed and strafed by planes of the Luftwaffe.

May. HMS Vega assisted in evacuation of British Troops from Ostend and Zeebrugge, Belgium.

Records are few about the Vega’s war history, between her arrived at Dover (14 days prior to the Dunkirk Evacuations) and the 24 May 40. But during those weeks she would have been intensely active in the Channel, Belgium and Dutch coast areas. As were all the other V and W class destroyers. 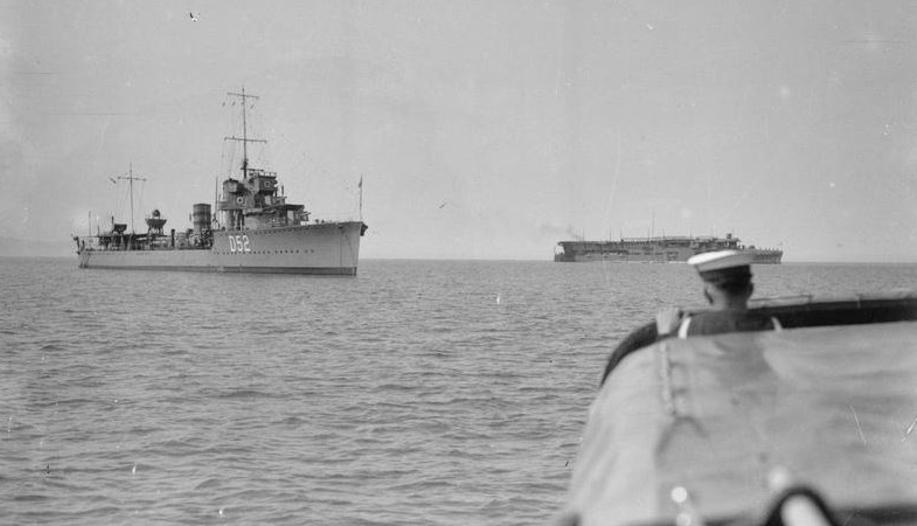 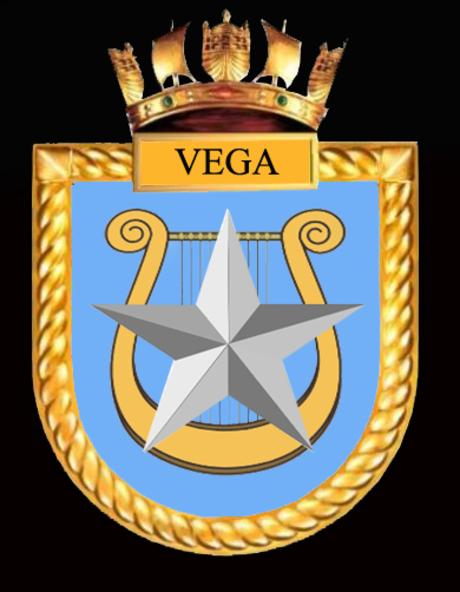 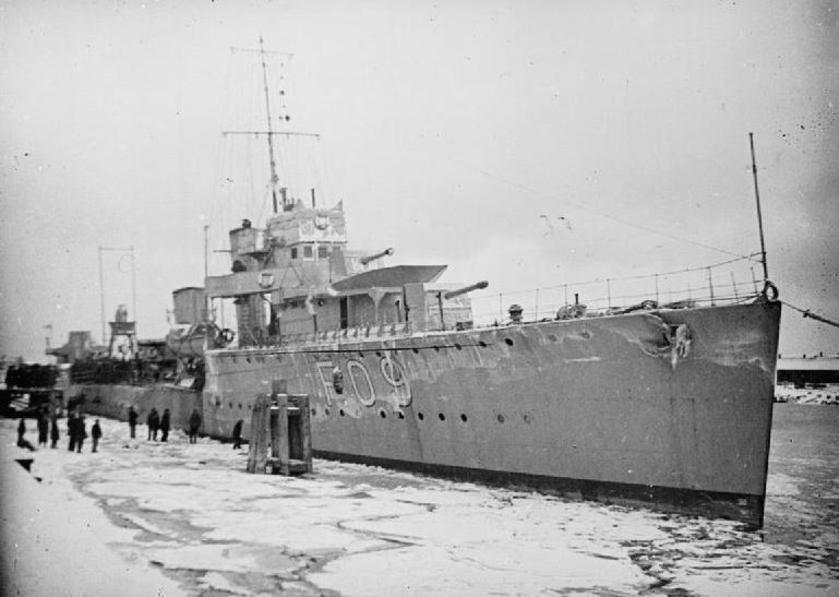 These five block ships were full of concrete and had been moored in the Medway since the previous autumn when plans to block the channel ports and deny them to the enemy had been prepared.

As early as October 1939 plans were completed for blocking the Channel ports, if the Germans advance made it necessary. On 8 May 1940 these plans were put into operation and reinforcements of cruisers and destroyers were sent to the Nore Command. (HMS Wildfire and HMS Wildfire III at Sheerness and Queenborough were a principal branch of the Nore Command.)

The block ships held at sheerness sailed with their escort HMS Vega (Captain G.A. Garnons-Williams). Three block ships were destined for Ostend and two for Zeebrugge. Ostend was cancelled on route in hope of taking off more troops.

24/25 May 40,the night of.  The block ships at Ostend under fire from landed based guns failed to sink in mid channel. When  the  blockship Florentino accidentally ran aground outsidef the main channel and Transea, unaware of this, scuttled herself nearby. MTB 15 and MTB.16 took off the crews of the blockships.

26/27 May 40, the night of. HMS Vega with the same escorts (minus the minesweepers) returned to Zeebrugge with blockships Atlantic Guide and Borodino which were originally designated for Ostend and sank them at 06.45 in the main channel successfully blocking the harbour.

HMS Vega and Polish Destroyer Blyskawica (also from Sheerness) reconnoitered Dunkirk Harbour to determine if troops could be evacuated from the main Harbour. Although there were many wreck in the harbour they found it to be still navigable. As a result of HMS Vega’s report the Royal Navy sent ships into the Harbour to evacuate troops.

During this reconnaissance HMS Vega was attacked by German bombers and damaged by near misses. She was taken to Dover for repair.

Strangely, even though being bombed by the enemy and damaged in Dunkirk Harbour, HMS Vega has no honours for Dunkirk.

HMS Vega is named after the star Vega, the brightest star in the constellation Lyra.

HMS Vega was laid down on 11th December 1916 and was launched on 1st September 1917. Placed in reserve after WW1 and returned to duty in 1939. She was adopted by Godalming, Surrey.

Time out of Action: 2 years including 15 months’ permanent damage repairs.

VEGA was escorting a convoy at 15 knots when an explosion occurred 10 yards to starboard abreast the engine room. The side plating from abreast the bridge back to the after end suffered minor damage due to dishing and buckling etc., and minor internal structural damage was caused. The sliding feet and casings of the L.P. and H.P. turbines, port and starboard, were fractured and serious damage occurred to the auxiliary machinery castings. Nos. 1 and 2 boilers were put out of alignment. Minor flooding which occurred was controlled by steam ejector and fire and bilge pump.

Main lighting and power was lost and guns could only be fired in local control. The ship was immobilized and taken in tow.

REMARKS This incident emphasized the need of upper deck control of the auxiliary steam bulkhead valve at the forward end of the engine room, and for an additional fire and bilge pump, or alternatively, suction and discharge valves on auxiliary feed pumps, to enable them to be used as bilge pumps.

1943. Radio equipment was installed to allow her to communicate with Royal Air Force aircraft during combat against German aircraft and E-boats and to intercept E-boat communications.

HMS Vega returned to convoy escort duties in the North Sea for the rest of World War Two.

1945. After the surrender of Germany in early May 1945, HMS Vega operated in support of Allied reoccupation forces in Europe during the summer of 1945.

HMS Vega was broken up on the March 1947

Under repair since Nov 40.

Under repair since Nov 40. 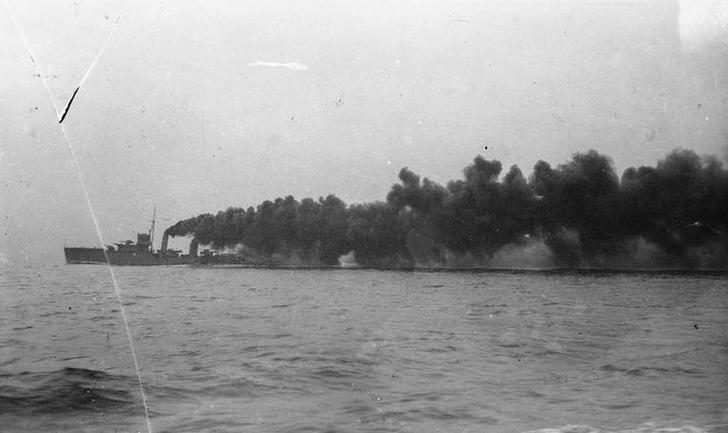 HMS Vega L41 in a Russian port, 1919.  Her original pennant number F4A, was changed to F92 in January 1918 and to F09 in April 1918. This was again changed to became D52 during the interwar years. When HMS Vega returned to service in 1939, after her conversion at Chatham, her pennant number became L41. 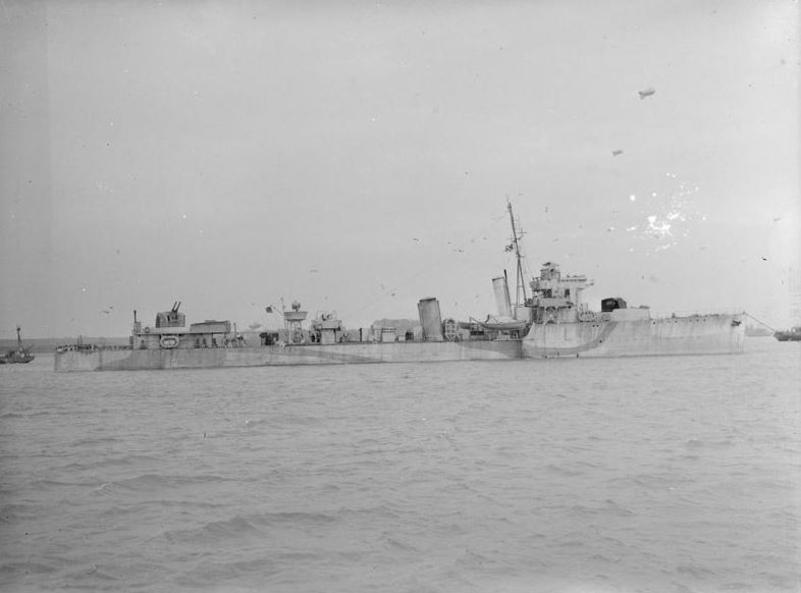 7 June 40.HMS Vega departed Chatham and proceeding to Le Havre with the XD.H (Cdr R. W. Stirling-Hamilton) Dieppe demolition party. Off Le Havre, the XD.H party was transferred to a French trawler because the port was closed and travelled overland to Dieppe.

10 June 40.On her return to Dover, HMS Vega was ordered to Portsmouth to escort the Dieppe blockships. The blockships were successfully sunk blocking the harbour of Dieppe.

Following this the Vega, supported the evacuation of Allied personnel from Le Havre, France.

16 to 18 June,  HMS Vega, HMS Fernie, HMS Sabre, HMS Foxglove and HMS Rosemary  helped in the evacuation of 57,235 troops from St Nazaire, Nantes and other French Ports on the Bay of Biscay to Plymouth. (Operation Aerial)