November 1939 The Vernal was Requisitioned by the Admiralty and converted to a minesweeper.

To find out more of the Vernal’s movements go to DRIFTERS AND TRAWLERS.

The Vernal, formally a fishing Drifter was requisitioned by the Admiralty  in November 1939 and converted into a Minesweeper. Later in the war she would become a TRV (Torpedo Recovery Vessel.)

Torpedo Recovery Vessel were auxiliary vessels which recovered practice torpedoes and mines fired and laid by surface vessels and aircraft.

On the 30 August 1941, Wildfire III, Queenborough, minesweepers Monarda, Internos, Forerunner and Vernal blew eleven acoustic and three magnetic mines in just over an hour on the North Thames foreshore, off Southend. Tragically both Forerunner and Monarda were sunk within the next ten weeks. 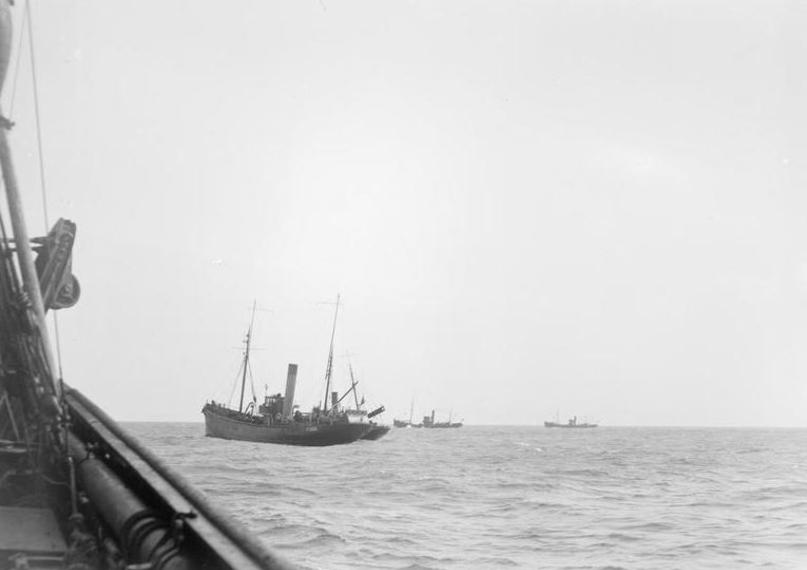 HMD Vernal would have looked like these minesweepers, sweeping in the North Sea.