​NORWEGIAN SHIPS IN EVERY CONVOY DURING THE WAR.

Bergensfjord participated in the invasion of Sicily.

(Note: The SS Bergensfjord was a Norwegian passenger liner that sailed for the Norwegian America Line to the United States. When Germany invaded Norway she was in New York where she was requisitioned by the British Ministry of War and used as a troop ship during WW2.)

The destroyer  HMS Vivacious was one of the forty naval vessels that brought the British fleet to Bergen. With the destroyer came Admiral Diesen and Vivaciouse's Captain Barry John Anderson who wanted to bring the ship's command flag to Bergen, and this morning the surrender took place in Mayor Stensaker's office.

(Note: Admiral Henry Edward Diesen was a Norwegian Admiral in Norway when Germany invaded . Lieutenant Barry John Anderson was the Captain of the Vivacious and joined the Vivacious on the 13 October 1944.)

I know Norway," Captain Anderson said during a press briefing on board yesterday afternoon, and would like to give the ship's flag as a small memory of our arrival in Bergen. I think it's going to be Vivacious last trip to Norway. (It has been on a trip to Scotland since it first arrived in Bergen).

She is old now, was built in 1917. Here in Bergen, we are located as headquarter ship for the fleet, and will only remain for a few more days. - You said you know Norway, were you here before the war? "I lived at Hønefoss as a 12 to14-year-old boy," says the captain, who speaks good Norwegian.

My father was employed at Follum saw mill. My first education as a sailor was aboard Wilhelmsen's boats for 4 years. It was very difficult for foreigners to travel by Norwegian boats, as there was a law that said that Norwegian ships in Norwegian ports can not foreign crews. But my father knew Wilhelmsen, and then I got permission from the Foreign Minister. England has often helped Norway and I can't help England very much," the Foreign Secretary said.

And then I left. Later I moved to the British Navy. By the way, I can tell you that I saw  the SS Bergensfjord" during the invasion of Sicily," says Captain Anderson. It was the first Allied attack on European soil, and  the SS Bergensfjord sailed as a troop ship. I was aboard a cruiser at the time, and we were lying next to the Bergensfjord.

There was not much combat, but the planes threw bombs, and one fell only 3-4 feet from the Bergensfjord, and we thought several times that it was finished. But it got away after landing the troops. I don't know who the captain was, but he was good and did a good job.

Is Bergensfjorde still intact? I haven't heard it's damaged or lost. Did you meet any more Norwegian boats on your journey?  Yes, it was very common to meet Norwegian ships with a Norwegian crew. (Continued page 5). 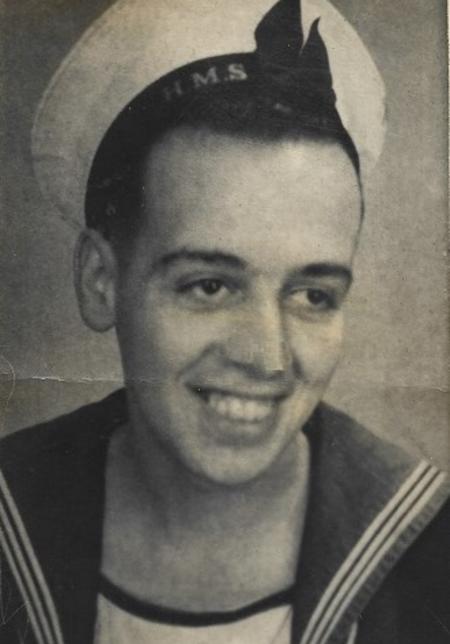 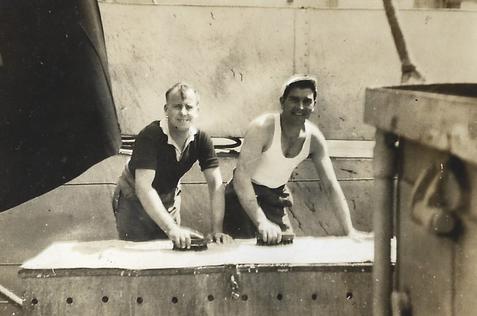 From the collection of Fred Weight. 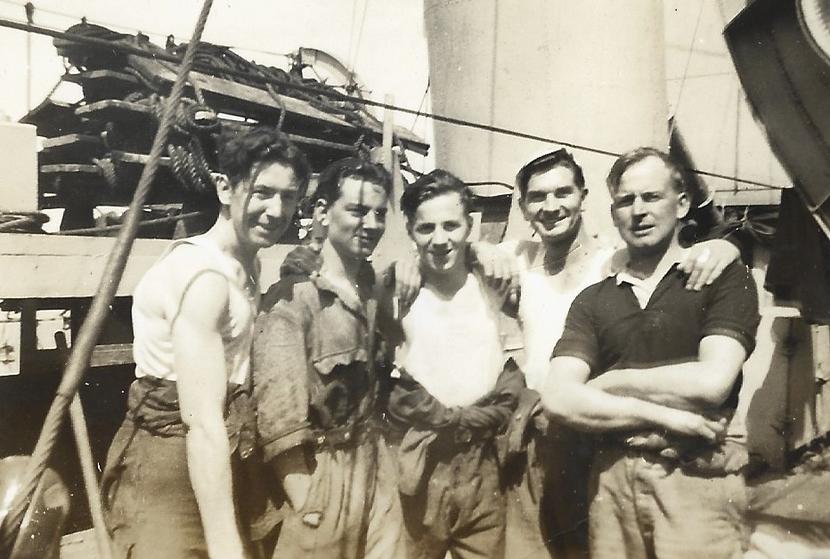 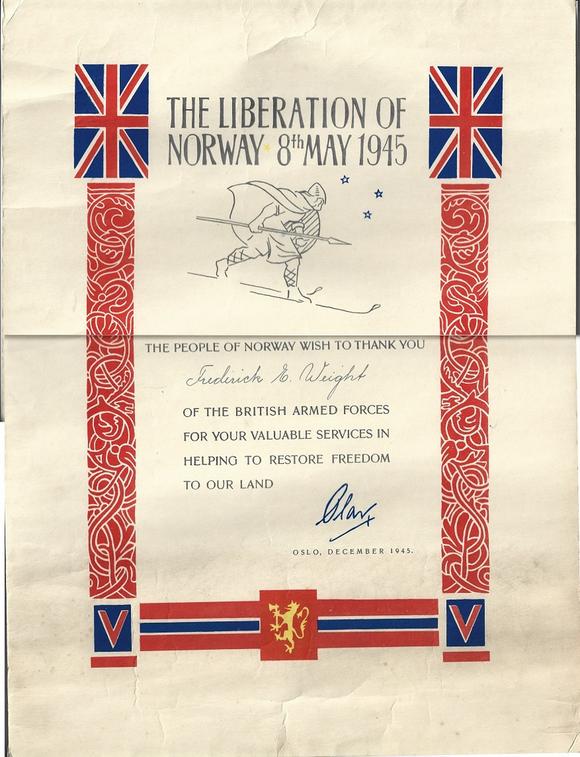 A convoy, photographed from Vivacious. 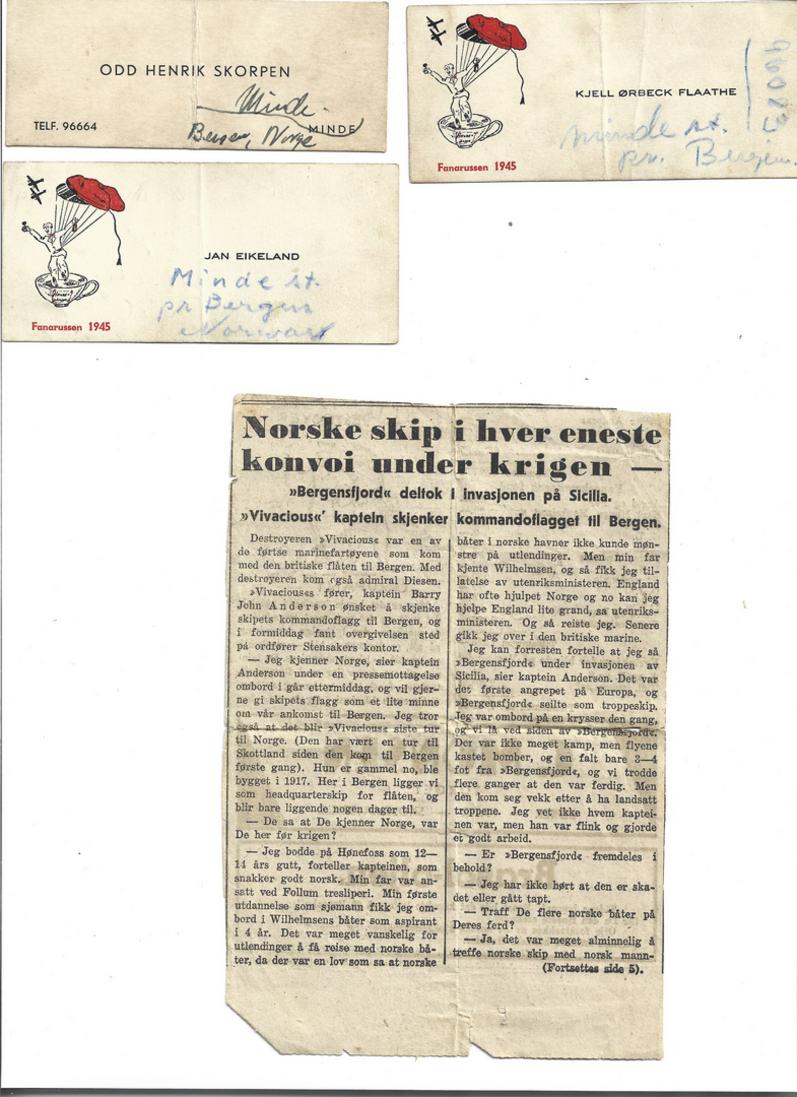 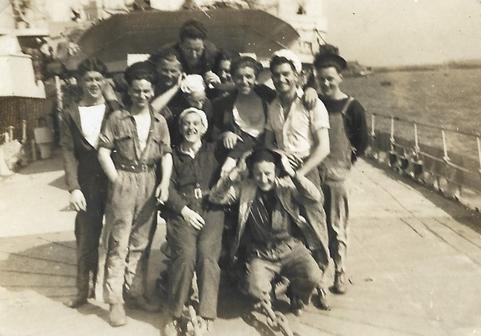 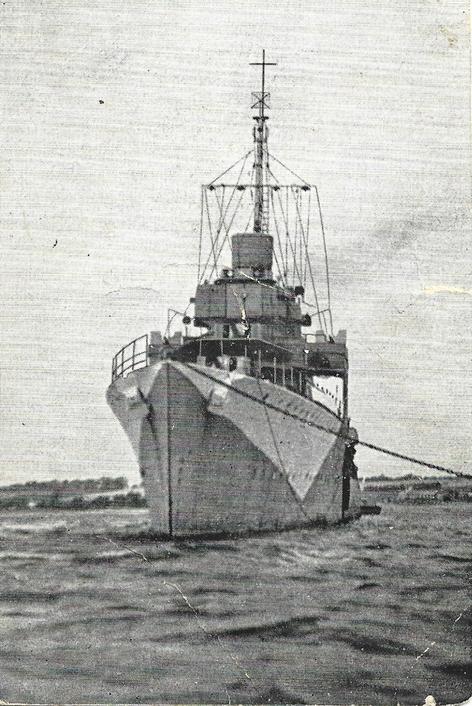 ​Fred was on board the Vivacious when they carried the Norwegian Admiral Henry Edward Diesen to Bergan in Norway to accept the surrender of the German forces in Norway.

Captain of the Vivacious Lieutenant Barry John Anderson presented the ships flag to the mayor of Bergan as a memento of the occasion.

4, Crew of Vivacious. Note the Carley raft/float on the left, designed to support 20 men, 12 men inside and 8 more outside clinging to the lifeline. They saved the lives of many sailors, but in the North Sea or Atlantic Ocean rescue would have to come quickly or survivors would succumb to exposure and die. 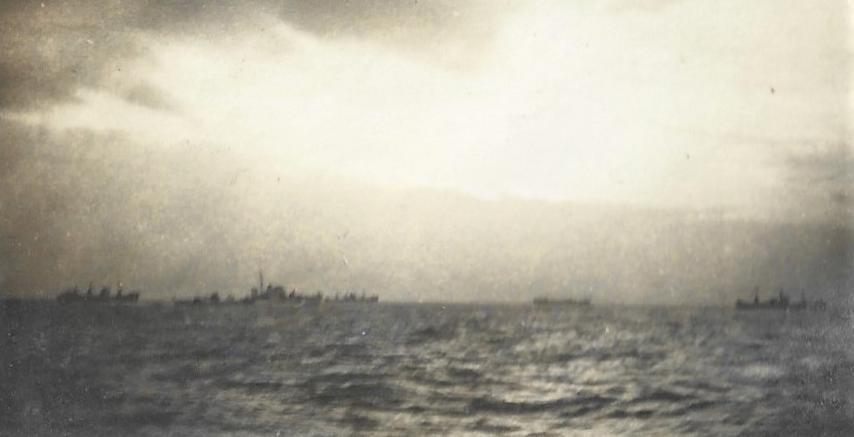 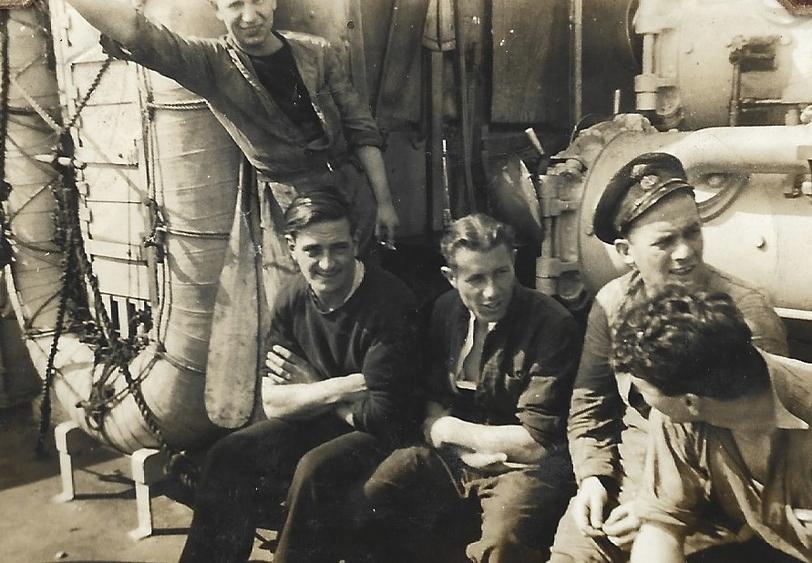 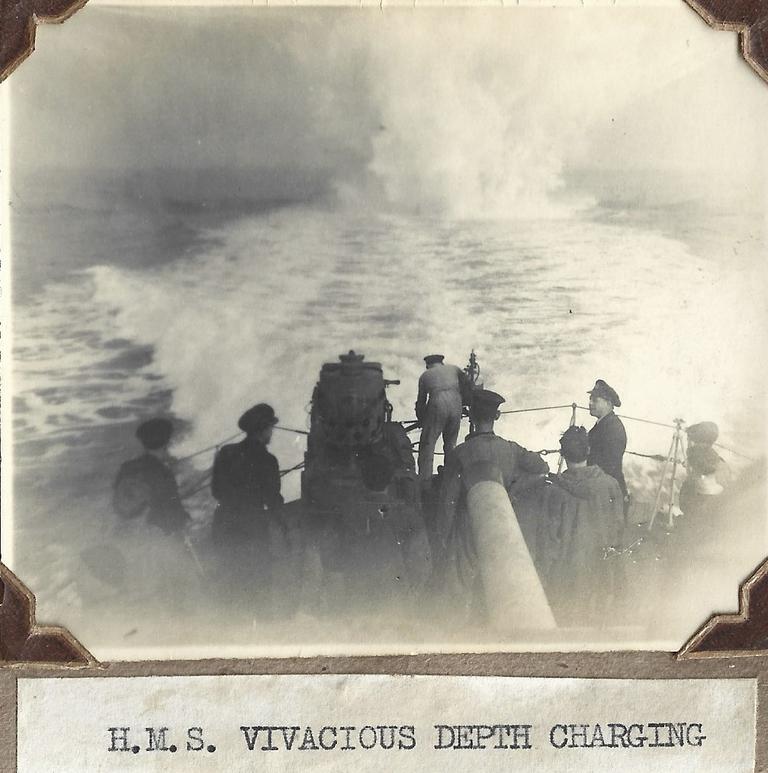 In the darkness of the 6th June 1944 the huge Allied invasion fleet arrived at the D-Day beaches. At 05:45 hours the War ships commenced fire. HMS Vivacious together with “Wildfire” destroyers HMS Campbell, HMS Garth, HMS Meynell were positioned off Juno and Sword beaches.