Walter's family were notified that HMS Mosquito had been sunk, but no news was given about his fate. His brother went to Chatham where they had the Naval Docks, but was unable to get any information about Walter. It was some time before the family heard that Walter had survived and was in hospital. After being discharged from hospital, Walter convalesced for several months at home.

Because of the injuries he suffered when the Mosquito was bombed and sank, Walter could have stayed at home for the remainder of the war. But after Dunkirk, Walter was determined to return to active service.

If you have any additional information about this ship, crew lists, stories, photographs  please contact us.
Thank you. 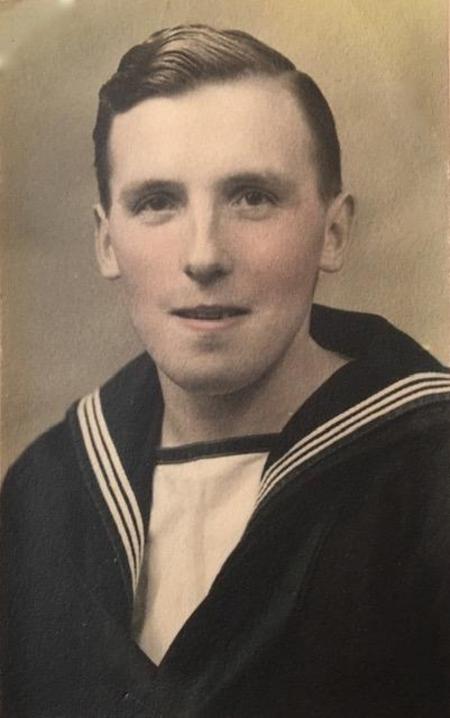 One of  the 20 pieces of shrapnel taken from Walter's body, next to a 25 cent Canadian coin. Judy Zipursky's nephew, who lives in Canada now has it. 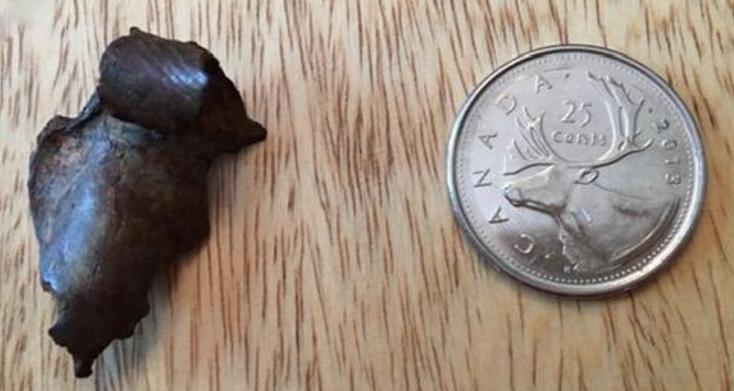 Able Seaman Walter Ernest Adams was on HMS Mosquito at the time of her sinking at Dunkirk. Walter, born in Charlton, Northamptonshire was 22 years old at the time.

Thank you to Judy Zipursky, who now lives in Canada, for the information and photographs of her Uncle, Walter Ernest Adams, who served on HMS Mosquito.

Walter describes the German’s bomb which hit HMS Mosquito as literally blowing the ship to pieces. Walter was in the water for 20 minutes. He couldn’t swim and survived by hanging on to a piece of wreckage. Walter was rescued by one of the ships evacuating troops from Dunkirk.

On his return to England, Walter was taken to hospital where doctors removed more than 20 pieces of shrapnel from his body. He saved some of the pieces.

Walter returned to the Royal Navy and was posted to Scapa Flow in Scotland where he joined the Curacoa, a WW1 ​C-class Light Cruiser converted to an Anti-aircraft Cruiser.

In October 1942 Walter’s ship the Curacoa, was escorting the Queen Mary which was carrying 10,000 American troops (some sources state 15,000) of the 29th Infantry Division who were to continue their training in Southern England in preparation for Operation Overlord, the invasion of Normandy.

Both ships were on a zig-zag course to avoid U-boats. There was a tragic accident and the Queen Mary collided with HMS Curacoa cutting her in two. The warship sunk in 2 minutes with a loss of 338 lives. The Queen Mary could not stop to pick up survives and it was some time later the Destroyers arrived to rescue survivors, by which time many had died of hypothermia. 108 of the Curacoa crew were saved.

Sadly, this time Walter was not so lucky and went down with his ship on the 2 October 1942 at the age of 24. His name is listed on the Chatham Naval Memorial.