Thank you to David Rudland for the following information and Photographs.
David’s Dad, Sub Lieutenant Walter R. B. Rudland served on HMS Holderness and HMS Locust. 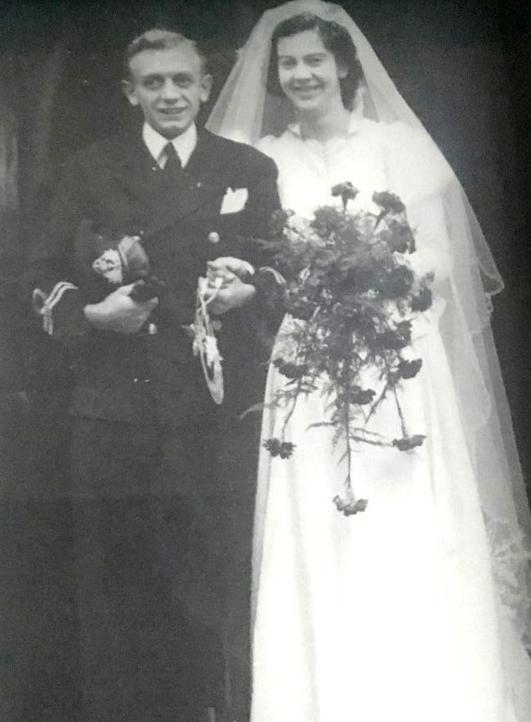 After World War Two HMS Locust became a “drill ship” for the Royal Naval Volunteer Reserve at Mardyke Wharf, Bristol. In 1968  she was towed  to Newport to be broken up

Sub-lieutenant Walter Rudland wedding day at St Mary’s Ewell.
​They used to meet at Guildford as that was the port boundary of Portsmouth. 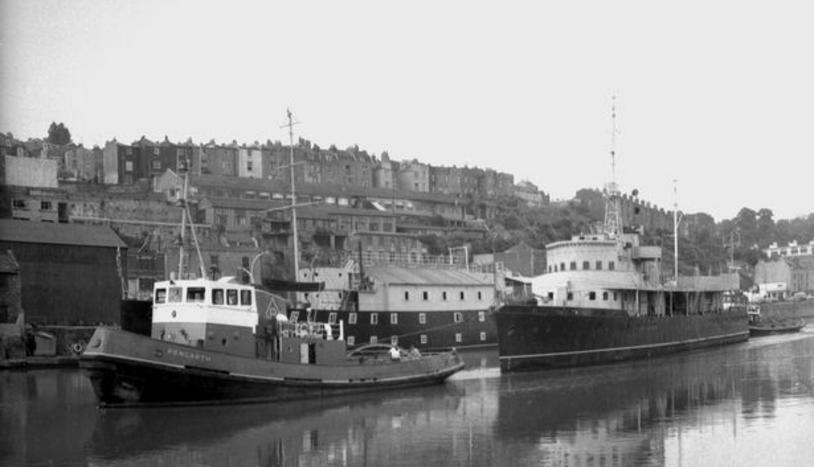 While on HMS Locust, Walter would go on to take part in the Normandy, D-day landings. During this time the Locust was headquarter ship for Force F1.

The Locust left Portsmouth 19.35 on 5 June, arriving at Sword beach on the 6 June in Assault Convoy S12. Ten days later she was damaged by gunfire killing three of her crew and seriously injuring 11 others. The shelling is believed to be from the German Mount Canisy or Houlgate batteries. They continued to fire at the Allied fleet until over run.

One of Walter’s sad, but necessary duties, was the recovery of bodies floating in the sea, identifying them and giving them a proper funeral. It was said that the only page used in Walter’s prayer book was the burial service. Walter was only 22-year-old at the time.

David remembers his Dad telling him, prior to Overlord they were picking people from France. He said that on a number of occasions they had to return night after night to make an extraction.

David’s mother told him, that Mountbatten had been on the ship when landings were practiced prior to D Day. She said they had a stream of phone calls from people who were being sent back to Portsmouth telling them that they had seen my dad that day and he was OK.

He remembers a soldier reminiscing and referred to the Normandy landings being suspended, due to extremely bad weather saying “the only ship on Sword beach was the brave little Locust” At that time HMS Locust’s doctor was the only doctor on Sword Beach. 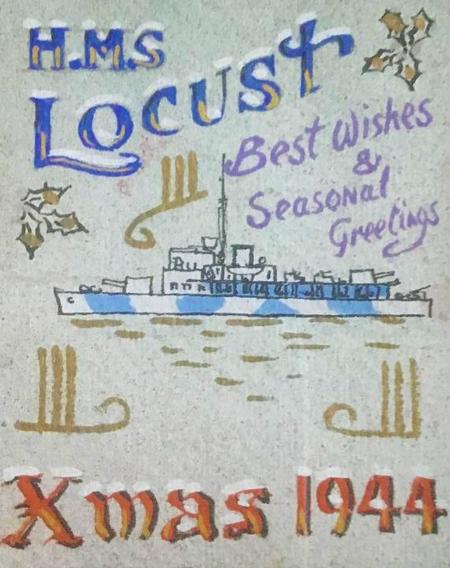 Known to the British as e-boats, meaning enemy boats, they were German Schnellboots, fast torpedo boats. Along E-boat alley e-boats would suddenly appear out of the night firing their guns and launching torpedoes at the ships in the convoy.

E-boats were faster that the escort vessels, but to counter this, Destroyers had guns mounted in their bow known as bow-chasers.

On the 20 Feb 1942 a large group of Schnellboots attacked Convoy FS29 and a furious battle ensued. The escort vessels fired star shells silhouetting the e-boats and opened up with every gun they had. Three Schnellboots were sunk. Schnellboote S39 collided with S53 as they manoeuvred to escape the British Destroyers.

HMS Holderness stopped to pick up survivors from the stricken e-boat. Sub-lieutenant Walter was part of the boarding party. He refers to the Captain of the Schnellboote, who he believes was commander, Oberleutnant zur See, Peter Block, to be the bravest man he ever met.

Captain Block speaking in English told his crew and the British sailors to leave his vessel as he was about to blow it up.

Shortly after there was a loud explosion, killing Captain Block, destroying his vessel and damaging the Holderness. Eighteen German prisoners were taken.

On the 5 Dec 1943 HMS Holderness was seriously damaged by a magnetic mine, requiring six months of repairs, Sub-Lieutenant Walter Rudland was transferred to HMS Locust. 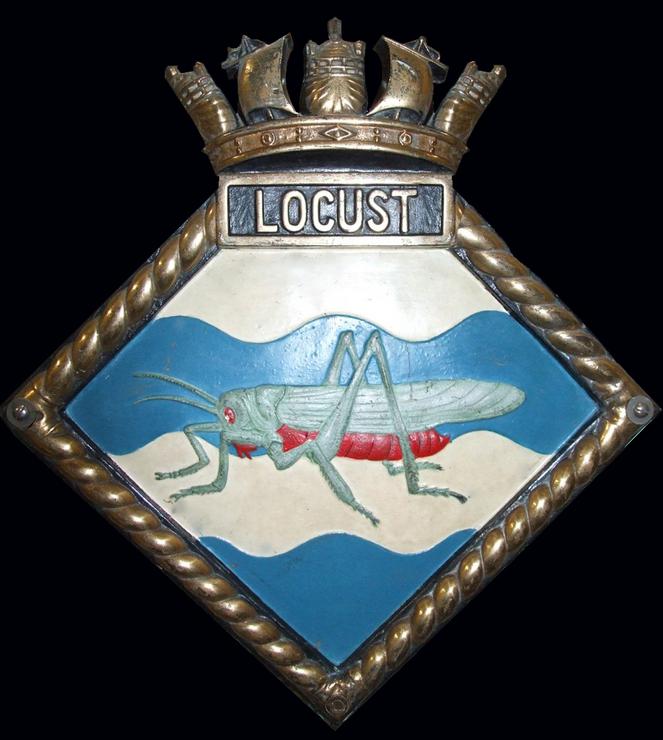