We do not have a photograph of the Welcome Home, but she would have looked like her sister Drifters and Trawlers seen here minesweeping in the North Sea.

17 February 1931. The Life Boat RNLB H. F. Baily (ON 694) from Cromer (Norfolk) was called out and saved one person from the Welcome Home (Then a fishing Vessel). The circumstances are not recorded but it is probable a deck hand was washed overboard.

To find out more of the Welcome Home’s general movements go to DRIFTERS AND TRAWLERS. 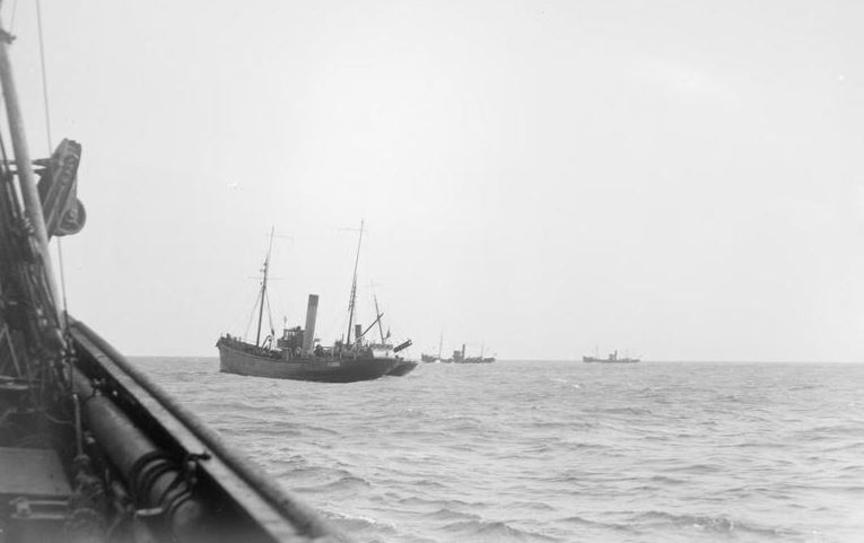 Very little is known about HMT Welcome Home. For months and years on end, almost anonymously, she sailed back and forth searching for mines. For the men on board it was an extremely dangerous job but their bravery and sacrifice would save many lived of British seamen and kept the sea lanes open so that the Allies could go on the win World War Two.

No person other than Winston Churchill could have put it better.

MESSAGE FROM THE PRIME MINSTER TO THE OFFICERS AND MEN OF THE MINE SWEEPING FLOTILLAS.

No work was more vital than yours. No work has been better done. The ports were kept open and Britain breathed. The nation is proud of you. Winston Churchill 1945