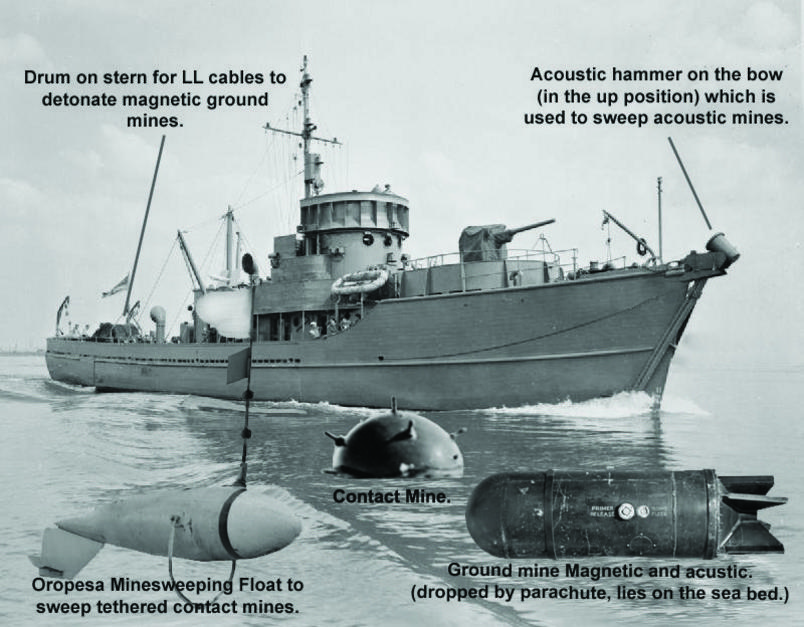 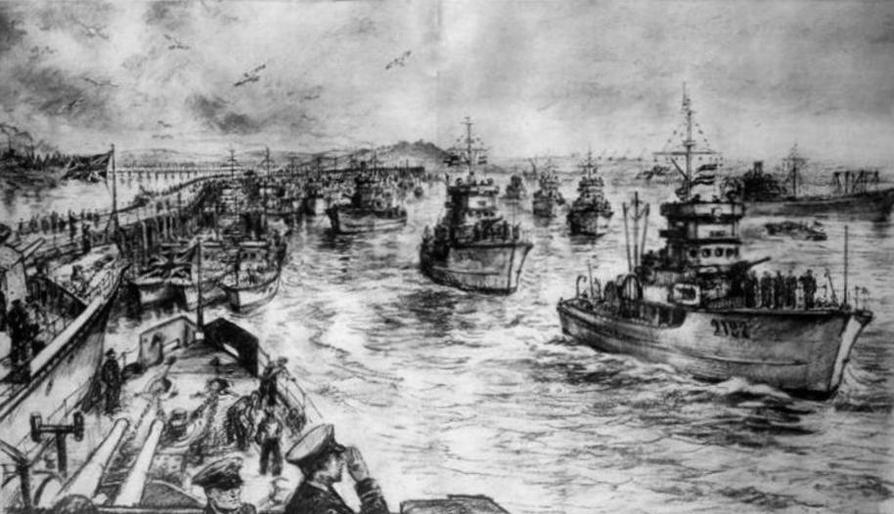 BYMS 2182  from the collection of Richard Arthur Burden. 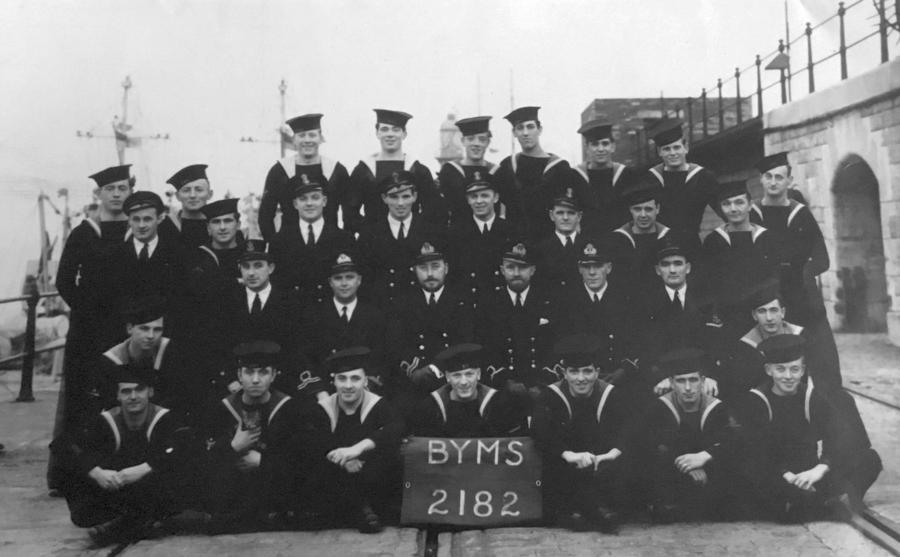 Officers and Crew of BYMS 2182, possibly when she was transferred to Great Britain on the 7 October 1943  or shortly after. 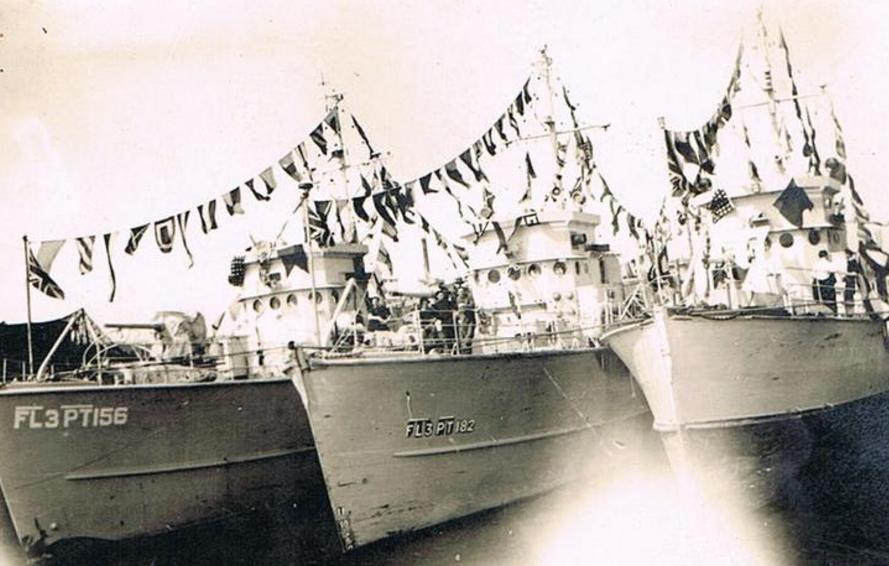