Amy Johnson, darling of the nation.

​Speculation Four.She was on a secret government mission and that there was someone else in the plane with her.

No other person was ever reported missing. A clandestine journey to occupied Germany would not have started from an airport in Scotland and go via Blackpool.

The RAF would never use a civilian pilot for such a mission. Special Operations Executive (SOE) would not have used an untrained person for an undertaking such as this.

Speculation Five.She saw the Thames Barrage Balloons and parachuted out because she thought she was over land.

The most plausible reason for Amy’s death, was the weather. It is known, from reports and diary’s that on 5th January 1941, the weather was appalling. At Blackpool, where she took off, there was freezing fog. Elsewhere it was reported there was icy roads and snow falling or frost, dismal weather and high winds.

With the somewhat primitive navigation at that time, Amy would have arrived in the vicinity of RAF Kidlington at Oxford. Unable to find RAF Kidlington or even see the ground in the atrocious weather she would have flown around looking for a break in the cloud or another place to land.

She would not have intentionally flown over the sea with her fuel running low. She would have become more and more lost and indeed more and more desperate with each passing minute until her engines spluttered and she ran out of fuel.

With no other option she bailed out of her aircraft to land in the freezing cold sea close to East Knock John Buoy.

When she hit the freezing water the cold shock response (the “gasp” reflex, the most common cause of death from immersion in very cold water) would cause involuntary inhalation. This happens even if under water. Her heart would begin to race, and her blood pressure rise. The cold water would cause hyperventilation, fast breathing, which is not good in choppy seas. After about ten minutes her body would start to protect its core and would cuts off the blood flow to "non-essential" muscles such as arms and legs.

As her flight was planned to be wholly over land, she probably was not wearing a life preserver. She would have struggled out of her parachute harness as she fought to stay afloat in the rough sea. The numbing cold would have quickly taken hold. In a very short time, unable to effectively move her arms and legs, even to save her life, she would have slipped below the surface of the sea. Her body never to be found.

​The weather had deteriorated further and Amy took off in thick, freezing fog from Squire's Gate airfield Blackpool. She never arrived at RAF Kidlington.

Hours later, Convoy CE.21 having depart St Helens Roads on 4th January and due to arrive at Southend on 5th January 1941 was steaming up the Thames Estuary.

The crews of ships in the convoy, including American Reporter Drew Middleton working for the New York Times saw a plane crash and its pilot parachute into to sea. The Royal Navy escort ships searched for survivors from the plane crash.

Crew on board the HMS Haslemere, a barrage balloon vessel from Sheerness, thought they heard a woman’s cries and attempted to rescue a person in the rough sea. A second person was also thought to have been seen, but this later turned out to be one of Amy’s bags.

A rope was thrown, but the person in the sea was too exhausted or too numb from the cold to take hold of it.  Seaman Raymond A. C. Dean climbed down over the ships side at the stern and tried to grab hold of a motionless person in the sea. The person in the water was only feet away when the stern of the Haslemere suddenly rose and fell violently in the stormy sea.

The person had vanished. The captain of the Haslemere, Lieutenant Commander Walter E. Fletcher, Royal Navy Reserve, dived into the freezing sea in an heroic but vain rescue attempt.

A boat was launched from HMS Haslemere, but in the poor weather conditions and strong tide were unable to reach Lieutenant Commander Fletcher.

A video about Amy can be found here. 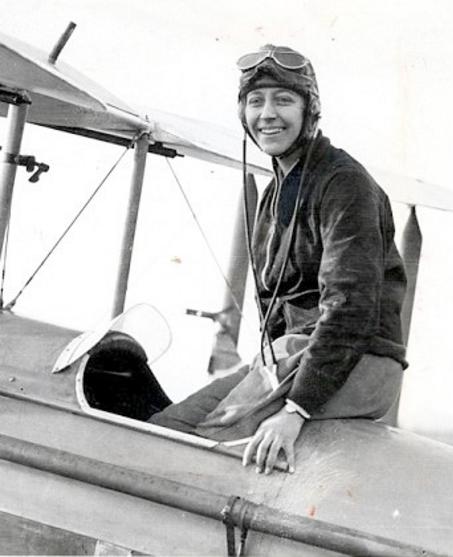 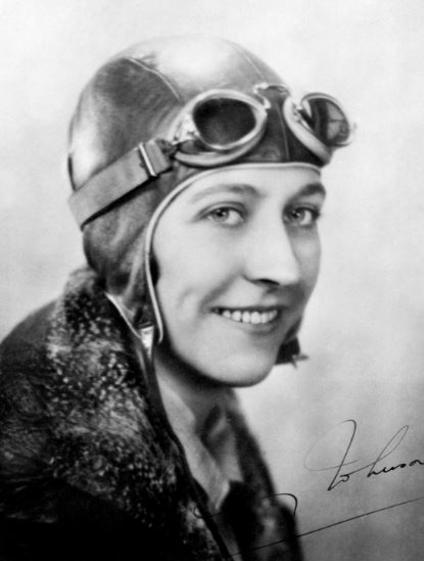 To find out more about HMS Haslemere go  HERE.

On a cold, wet and windy morning Amy set off in an Airspeed Oxford, from Prestwick in Scotland via Blackpool to RAF Kidlington at Oxford. Later that morning she landed on schedule at Blackpool.

​The  Destroyer Berkeley found two kitbags belonging to Amy and a Patrol boat from Brightlingsea, the Young Jacob, found wreckage of the Airspeed including a section with part of its identification number leaving no doubt that Amy had perished.

Why had a two-hour flight taken four hours?

Why was Amy over the Thames Estuary, more than a hundred miles off course?

Rumours and theories about Amy Johnsons death abound, but the simplest explanation is probably the correct one.

Speculation One.Amy was dragged under water and chopped to pieces by the propeller of the rescue ship.

This is possible, but the big killer in the sea is the intense cold. In only a short time immersed in cold sea water, with their arms and legs numb and unable to help themselves, victims simply slips below the surface of the sea.

Speculation Two.Amy took her own life.

She would not have parachuted from her plane if she intended to take her own life. Her mother also stated “She was intensely happy in the knowledge that she was working for her country. I have never known her as light-hearted as she has been during recent months.”

Hardly the frame of mind of a person contemplating suicide.

Speculation Three. Amy’s plane was shot down by friendly fire.

This is extremely unlikely.

In 1999, some 58 years after the event, a former anti-aircraft gunner, based at Iwade in Kent reported firing at an aircraft on the day Amy’s plane crashed.

He said, "The reason Amy was shot down was because she gave the wrong colour of the day (Identification Code).” Her plane was seen to dive into the sea.

Amy’s plane came down almost twenty miles away, with the Island of Sheppey interposing itself between the gun emplacement and crash site. It is known that the weather conditions were atrocious and visibility was poor. Therefore, her plane could not have been seen to dive into the sea.

If the weather had been such that the anti-aircraft gunners could see Amy’s plane to fire at it, then Amy would not have been flying around blindly for two hours. She would have landed.  If hit by anti-aircraft fire she would have bailed out over land or tried to make an emergency landing at RAF Eastchurch which she would have flown over after being hit.

You will remember the newspaper report stated "it was snowing," therefore it was cloudy. It also reported "the sea was heavy" therefore it was windy. The weather was atrocious and the visibility appalling. The Iwade battery would not have seen Amy's aircraft even if she had flown over it.

Amy first came into the public eye in 1930 when she flew solo from England to Australia, being the first woman to do so.  She was named “Queen of the Air” by the British press and became the darling of the nation. A number of other epic flights, solo or in company followed. In 1931 she flew a De Havilland DH.80A Puss Moth with Jack Humphreys from England to Japan, and in 1932 she broke the record for a solo flight to Cape Town, South Africa. While she was in America she became great friends with that other legendary woman aviator Amelia Earhart who was the first female pilot to fly solo across the Atlantic Ocean and also died in tragic circumstances.

With the commencement of World War Two, Amy like many other women offered her services to aid the war effort. Her considerable skills as a flyer were put to good use in the Air Transport Auxiliary and she set to work ferrying aircraft around the country thereby releasing male pilots to fly in the Royal Air Force.

On Sunday the 5th January 1941, on a routine flight, Amy’s plane failed to arrive at its destination. Much later and many miles off course, a person was seen to parachute into the Thames Estuary. This was later proven to be Amy Johnson.

Thank you to Ian Moignard for the following information concerning Amy’s plane being shot down by friendly fire.

Amy Johnson could not have  “given the wrong colour of the day” in response to a radio challenge by the Iwade Anti-aircraft battery because ATA pilots did not have radio available to them.

Ian tells us, “I have read a number of books by ATA pilots. Most, if not all, make it clear that no radios were used during ATA flights.   One pilot, Mary Ellis, is quoted by her biographer Melody Foreman whilst describing the radio code theory of Amy Johnson’s death: “The thing is, we didn’t have any radios in the aircraft to do such a thing.”

Amy’s friend Alison King, ATA’s first woman Operations Officer, who (although not an ATA pilot) flew on at least one ATA flight with Amy, devotes a ten-page chapter in her 1956 book “Golden Wings” to Amy’s life and death. She states in relation to that last flight: “Amy had no wireless”.

ATA pilots were delivering aircraft between aircraft factories, maintenance units and RAF stations all over Great Britain, and it is clear from those books that aircraft were delivered  from their factories to maintenance units where radio equipment was installed, presumably to remove the aircraft as soon as possible from the greater risk of destruction that existed near to the factories.  ATA pilots didn’t use radio even when it was installed on aircraft they were ferrying, presumably to avoid detection by the enemy and to avoid interfering with transmissions by operational aircraft.  Because no ATA flights used radio, many British aircraft would be flying over Britain with no means of identifying themselves by radio, therefore gun batteries on the ground would be aware that a significant number of British aircraft would not respond to any request for identification by radio.

“During the war, 1250 men and women from 25 countries ferried a total of 309,000 aircraft of 147 different types, without radios, with no instrument flying instruction and at the mercy of the British weather.”

Amy Johnson, Heroine of the British Empire, is feared dead. Her plane was seen to crash in the

Thames Estuary off the Isle of Sheppey, Kent.

Sheerness ships in rescue attempt. Hero Captain dies trying to save her from the sea.

Look out to sea from Sheppey and you’ll be looking at the last resting place of Amy Johnson
Should you walk along Sheerness promenade or the Lees at Minster on the Isle of Sheppey and look out at the sea you’ll see the Red Sands Forts. It was nearby that the World renown aviator, Amy Johnson and a hero from Sheerness who tried to save her, tragically lost their lives.

​ Having undertaken numerous dangerous and life threating adventures it was on an everyday routine flight Amy would die. 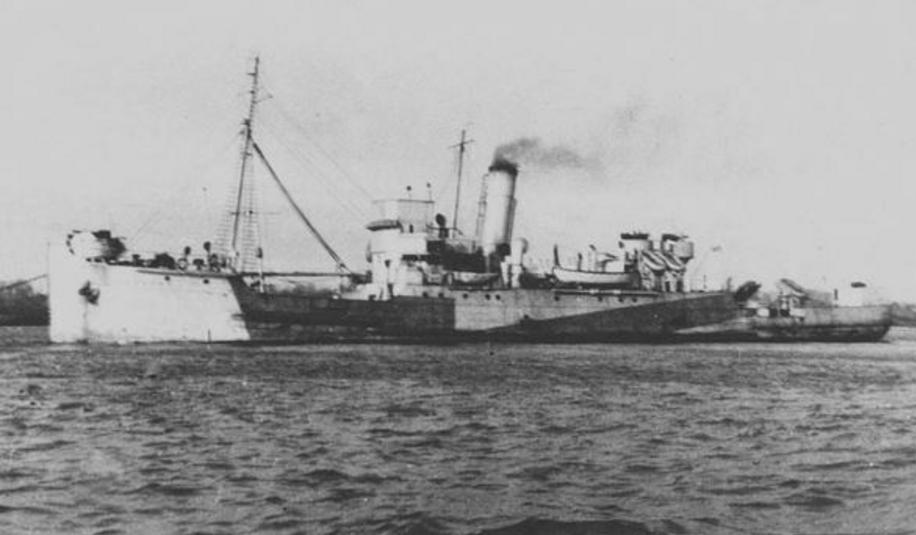 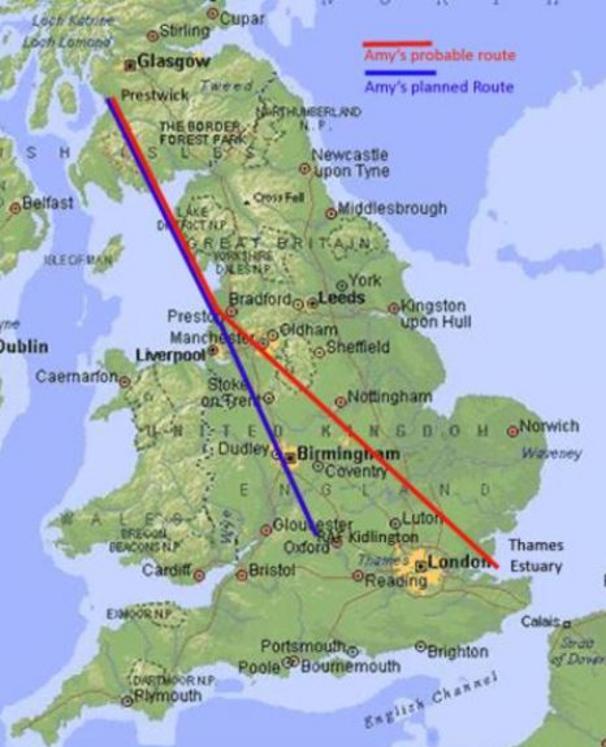 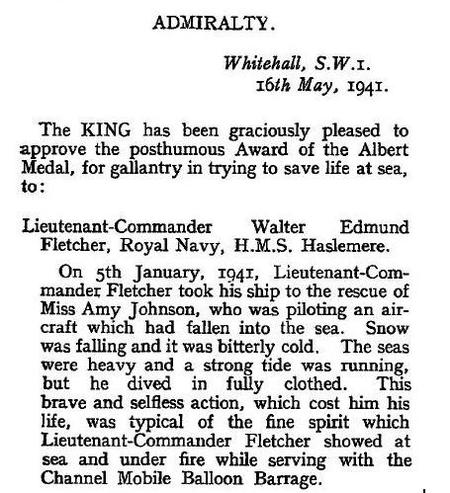 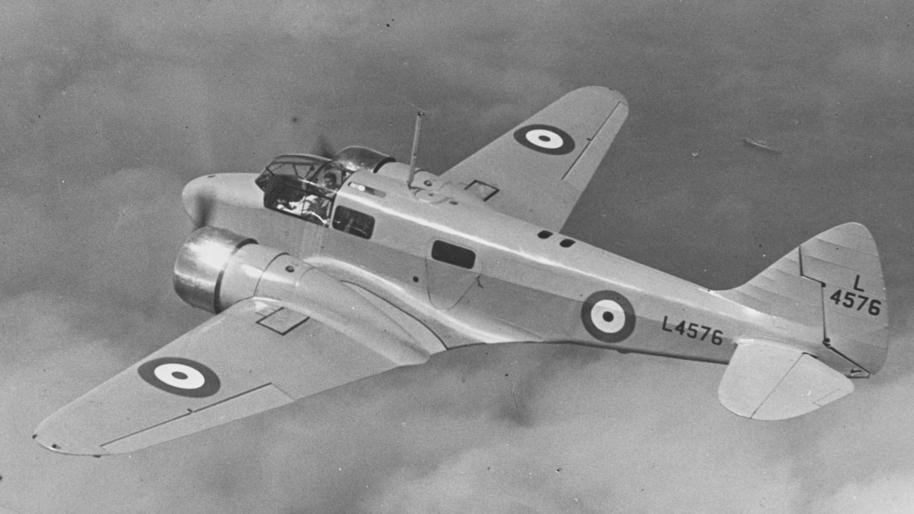 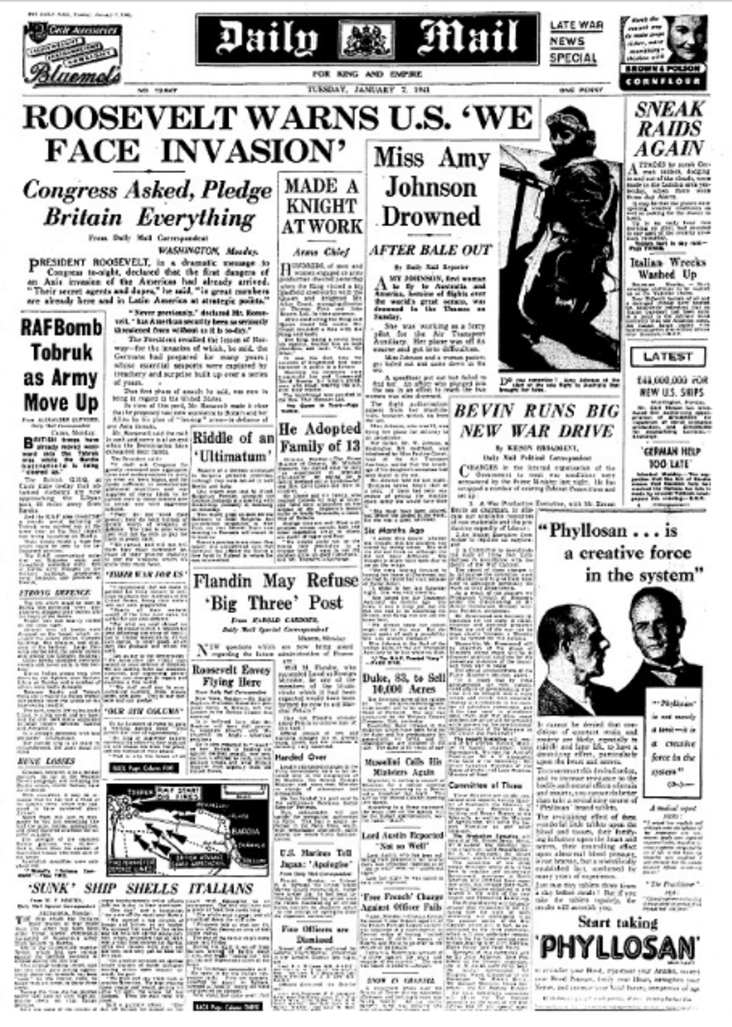