No records yet found for movements between 12 May 44 and 13 May 45.
It is thought BYMS 2029 swept in the Mediterranean off Malta and Italy, as Kenneth Grant who served on her, was awarded a medal which shows he was involved in the Italy campaign. 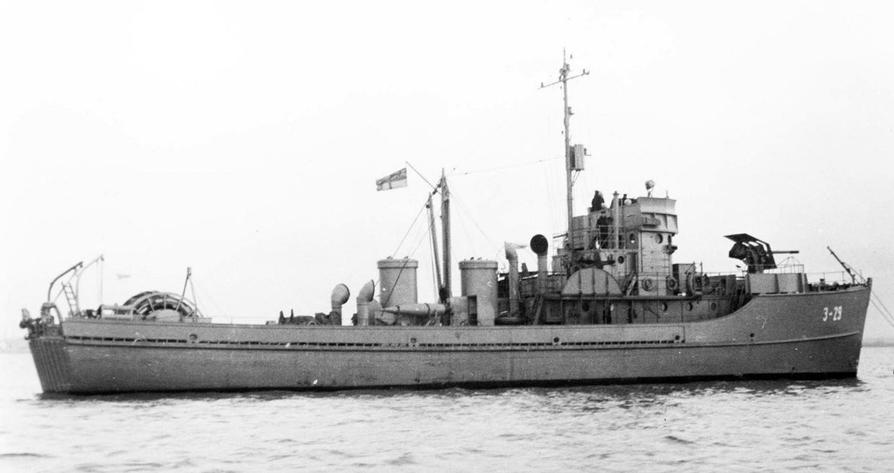 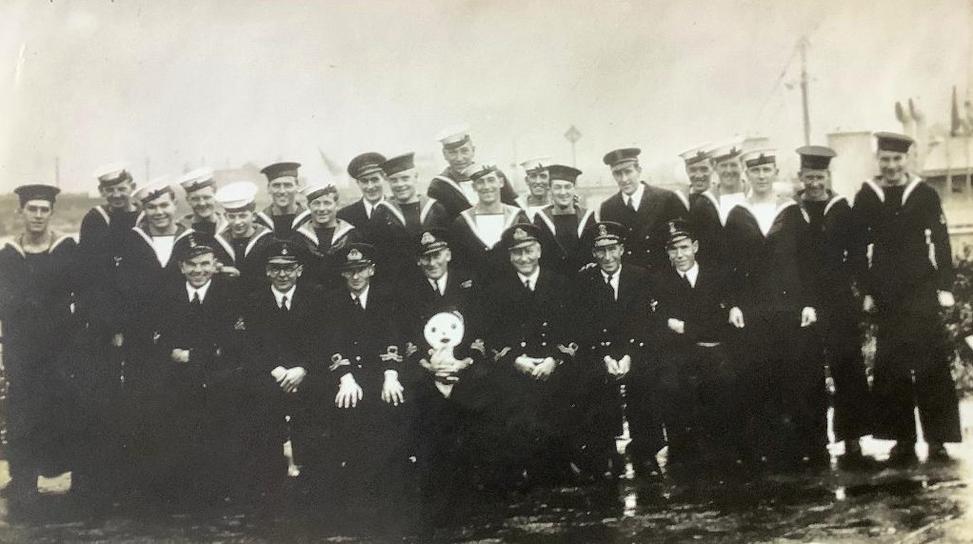 BYMS, British Yard Mine Sweeper were all built to the same design. The only variation was one of appearance in the number of exhaust stacks.  Note, the drum on the stern for the LL cables used for sweeping magnetic mines. She also carried an Acoustic “hammer” on the bow to sweep acoustic mines.

KENNETH GRANT, BYMS 2035 and BYMS 2029,more information and photograhhs  some from the German navy and of European ports, CLICK HERE.