23. Some of Kenneth's  “souvenirs” including the screwdriver which was "saves" from a ship which was scuttled to make the breakwater for the D-day Mulberry Harebour, USN cup and spoon and book matches from the naval training (diesel) Cleveland , Ohio. 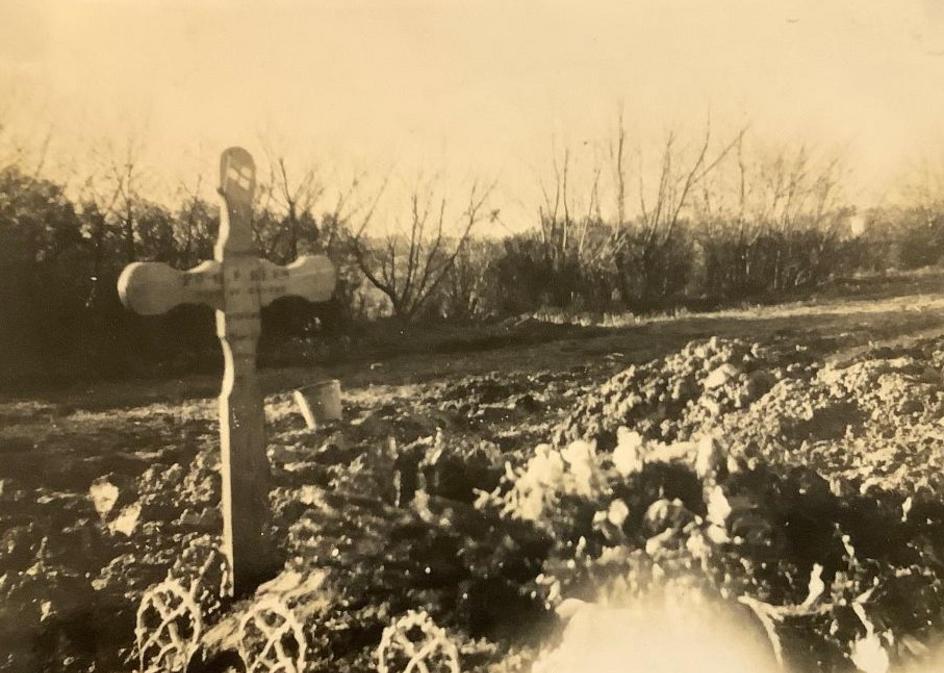 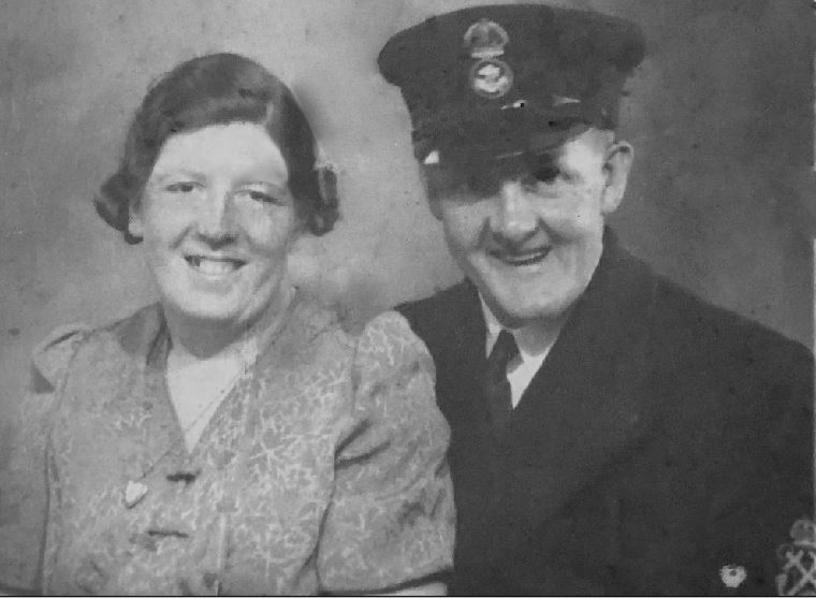 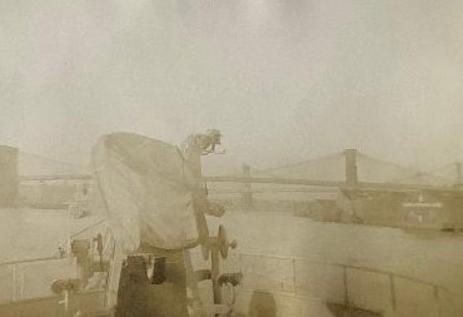 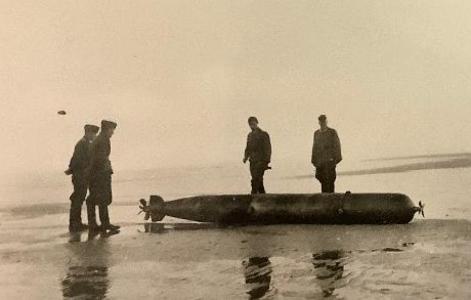 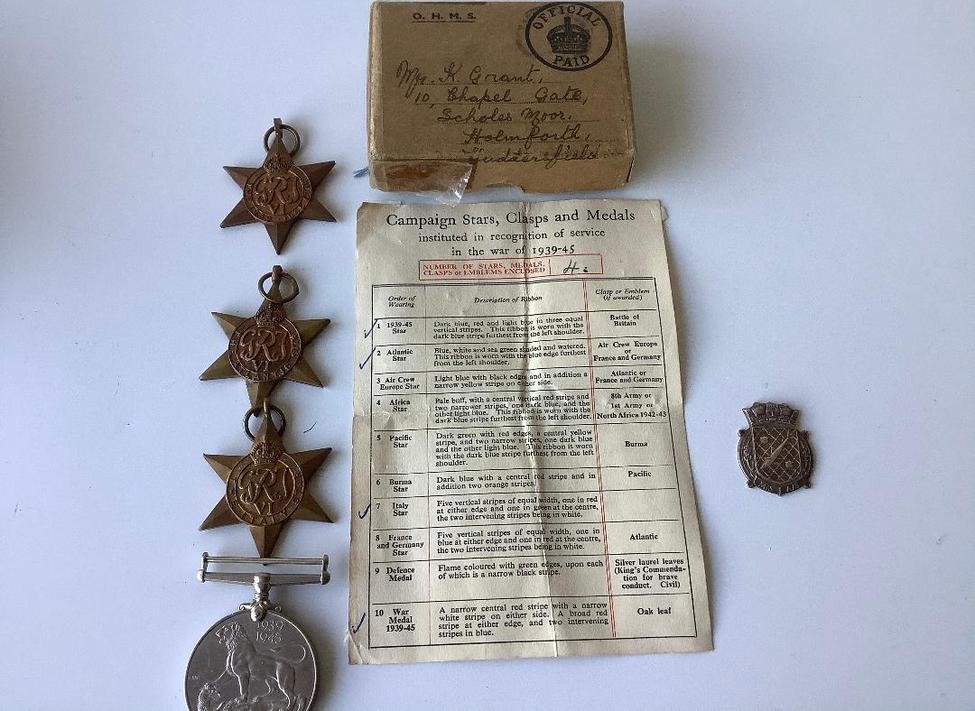 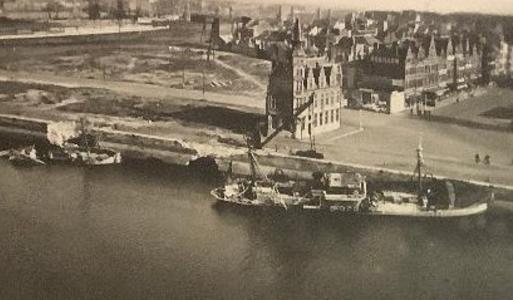 The following photographs are from Kenneth's collection thought to have been taken by men in the German Navy. 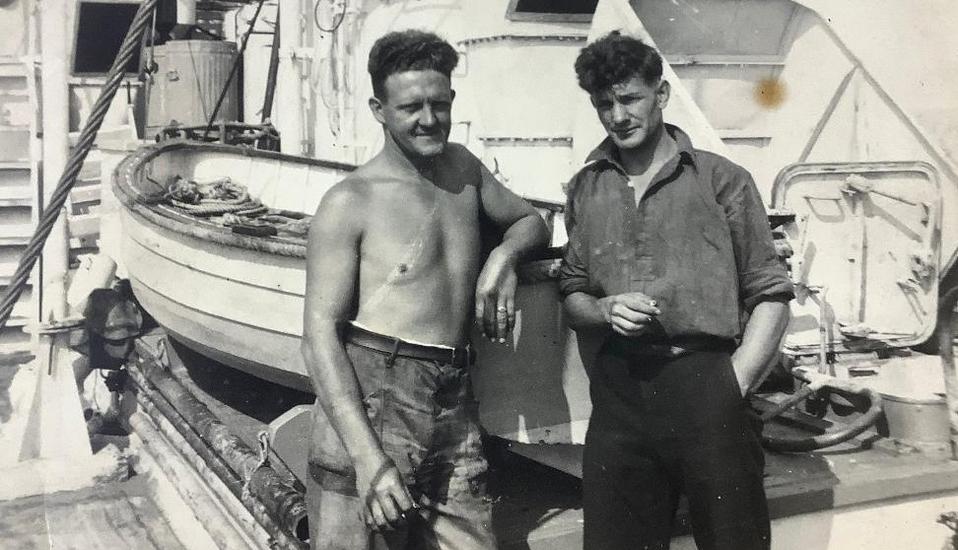 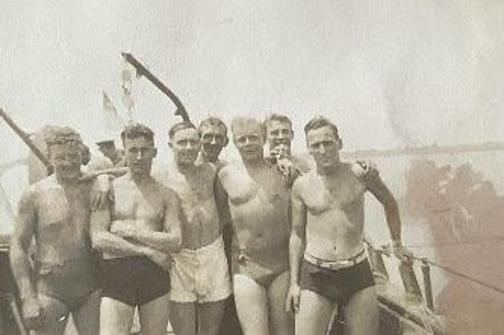 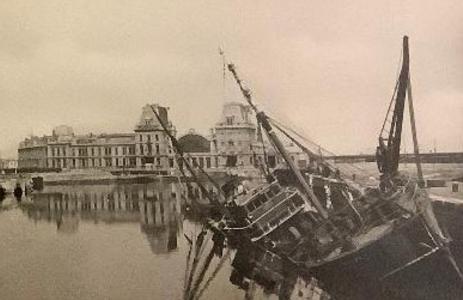 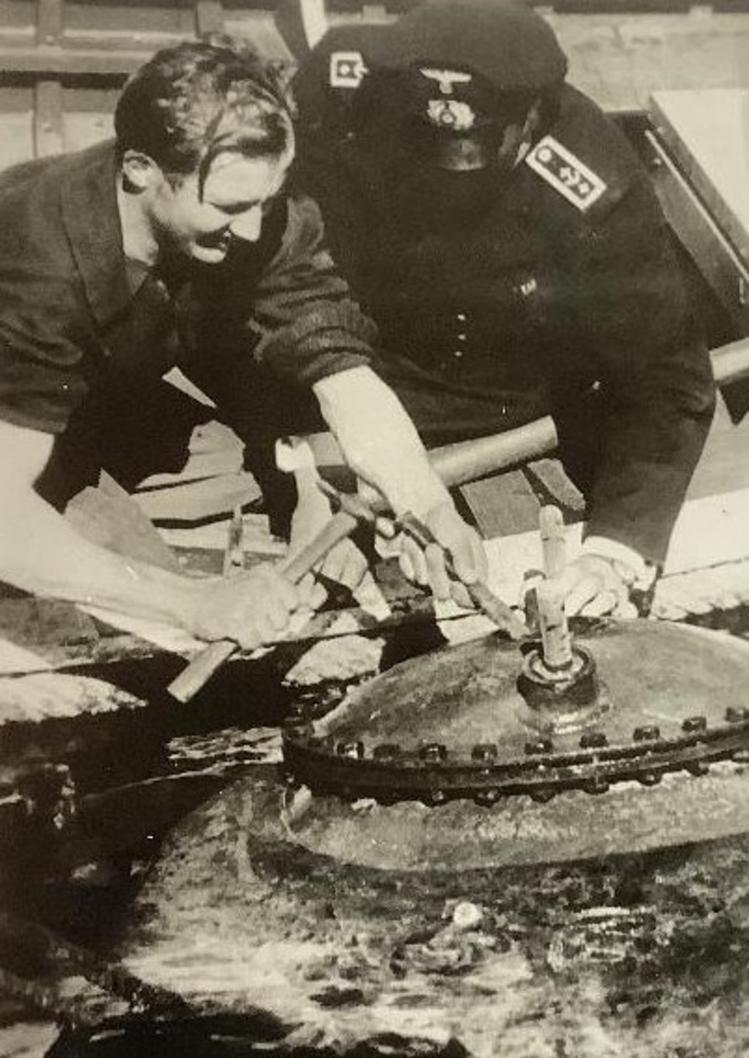 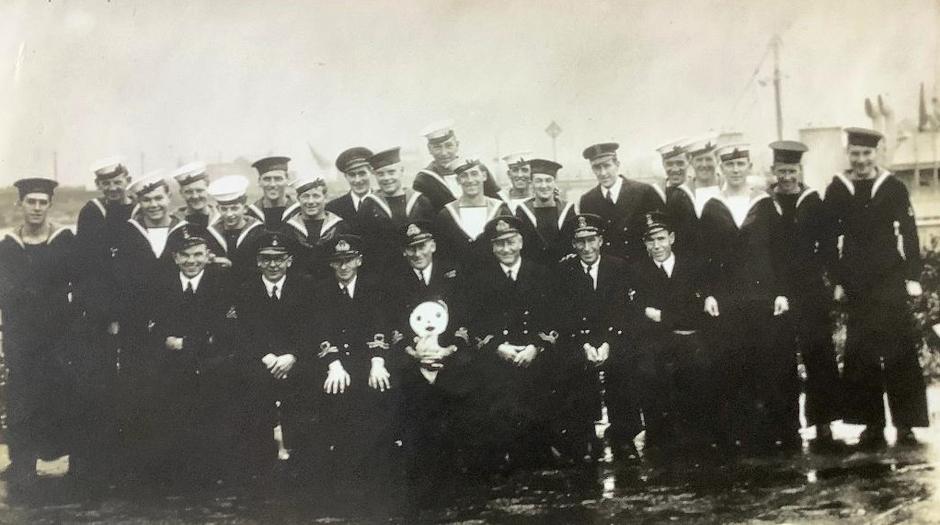 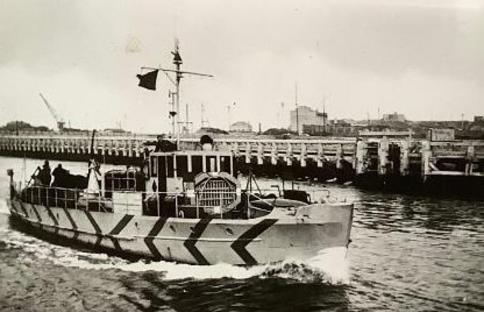 9. German Navy sailor and officer disarming a British mine. The prongs are made of rubber with a glass tube inside. Should the tube break, the mine will explode? Like our own men of the minesweepers, they were very brave men indeed.

Kenneth Grant served on minesweepers throughout World War Two. Serving on BYMS 2035 and BYMS 2029. He started as a Stoker and ended up a Petty Officer.

Kenneth sailed across the Atlantic with the rest of the crew on the Queen Mary to pick up BYMS 2029 at Virginia. Because of her speed the Queen Mary did not sail in convoy, but crossed the Atlantic on her own, without escort. On arrival he was sent to General Motors in Cleveland Ohio to learn about Diesel engines which powered the Minesweeper. He had time to do some sightseeing while in the States and visited Niagara Falls.

Martin tells us his father collected a number of “souvenirs” of his time on the Minesweepers, a Navy table cover, a serviette from the Queen Mary, numerous stainless-steel dessert spoons stamped U.S.N.  I also have a small black screwdriver approximately 2 inches long which always used to carry with him, the story behind it was after D Day they scuttled some ships to make a breakwater and the screwdriver came out of a box of taps and dies from one of the ships.

Kenneth was on the engine room on 2 November 1944 when the minesweepers came under heavy fire from the guns at Knokke on the south bank of the Scheldt estuary with four of the eight BYMS in 165 Flotilla being hit by shell fire. BYMS 2035 was singled out with a shell smashing right through the engine room.

Engineman, Harold Keen was mortally wounded in the attack and died of his wounds.  Jim Thompson  who cradled Harold in his arms, was know as “Lofty” Thompson.  After the war he was a fisherman in Redcar and also a member of the lifeboat. In the shelling, a piece of shrapnel went through the peak of Kenneth's cap. The crew of BYMS 2035 carved a cross for Harold Keens grave. Following the war Kenneth returned to look for Harold’s grave but was unable to find it.

The photographs of German occupation of the Netherlands are thought to have been traded with local people for cigarettes.  Kenneth used to say they could hear  the Dutchmen coming on their bikes as they didn’t have tyres on the rims.

Information and photographs by kind permission of Martin Grant from the collection of his father Kenneth Grant. Amongst the photograph are some from the German navy, together with others of European ports. 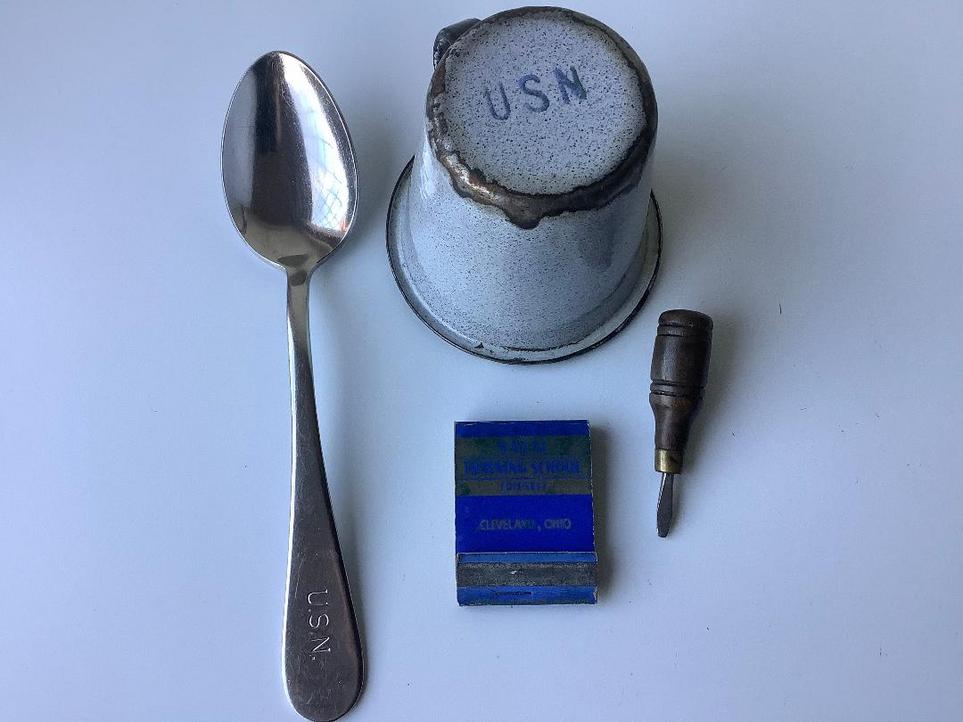 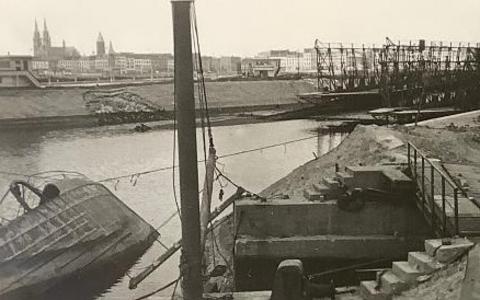 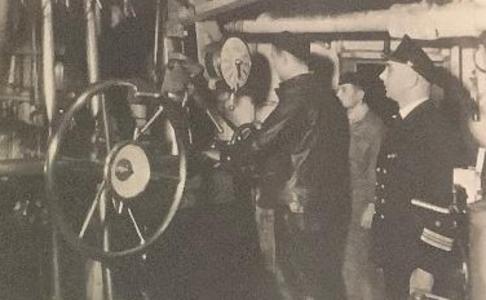 1.  Kenneth Grant and his wife.

4, The cross, carved by the crew of BYMS 2035 for Harold Keen who  was mortally wounded by artillery fire and died of his wounds.

2.  Kenneth Grant on the left. 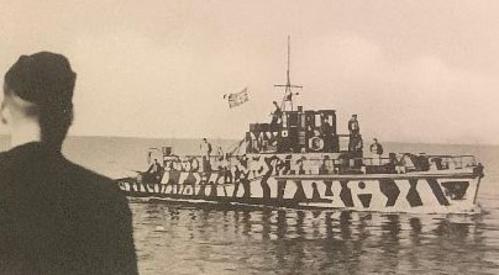 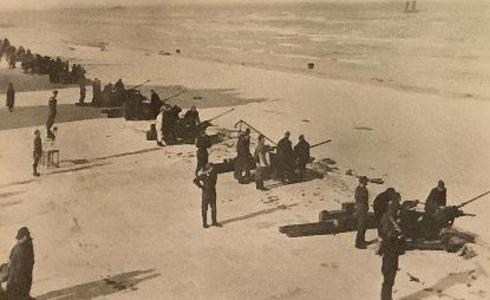 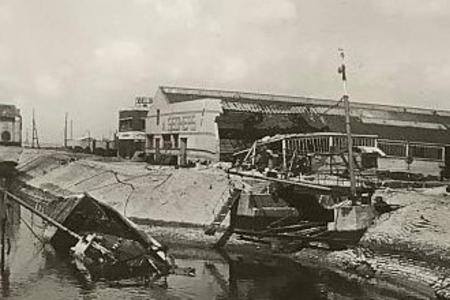 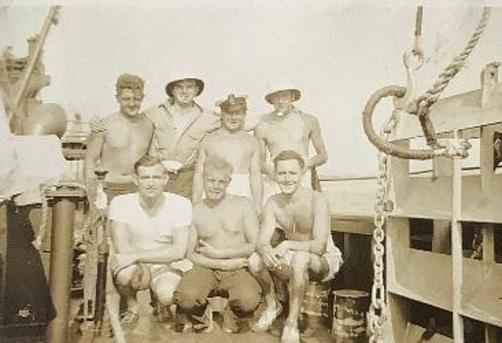 If you can identify any of the locations or vessels above please contact us at, johntenthousand@yahoo.co.uk 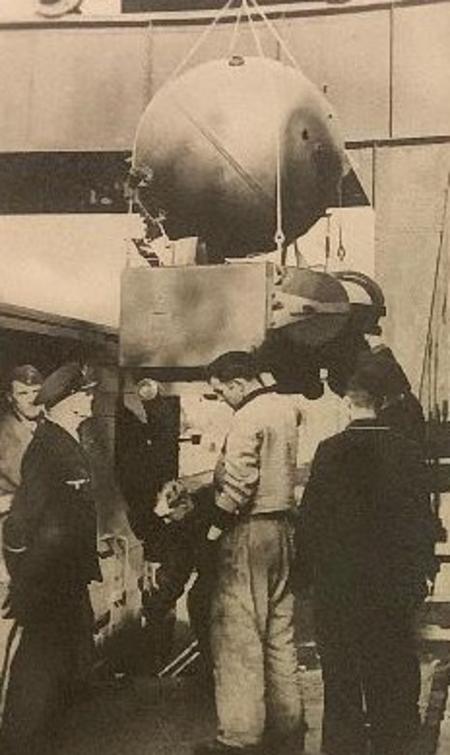 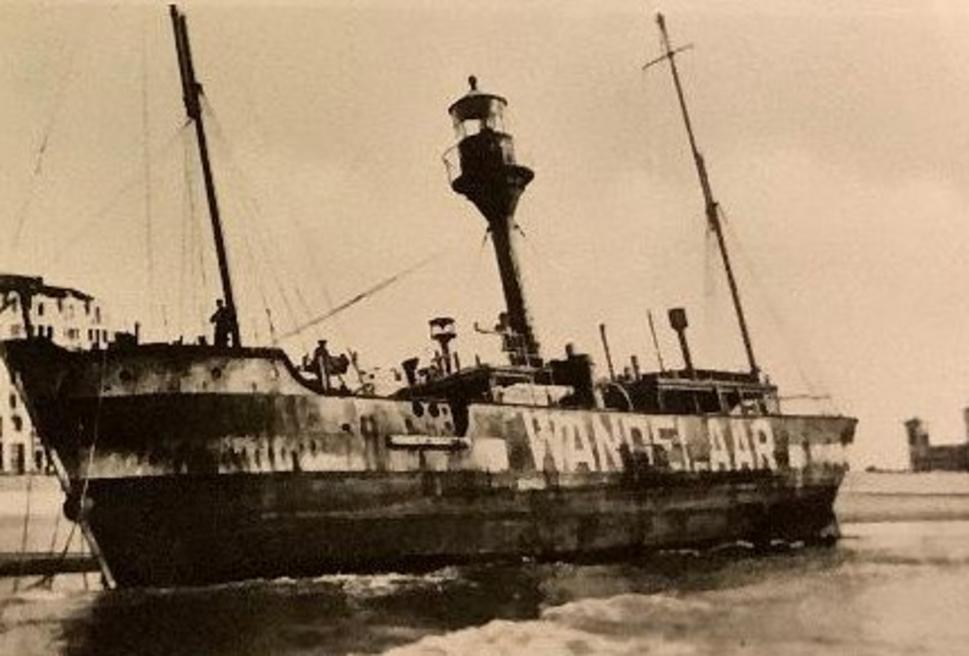 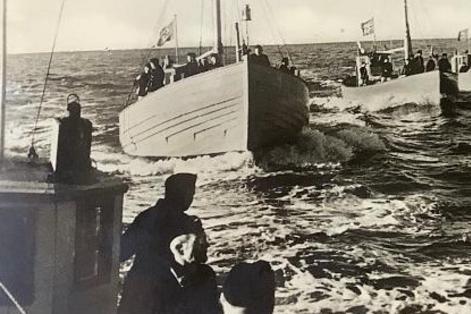 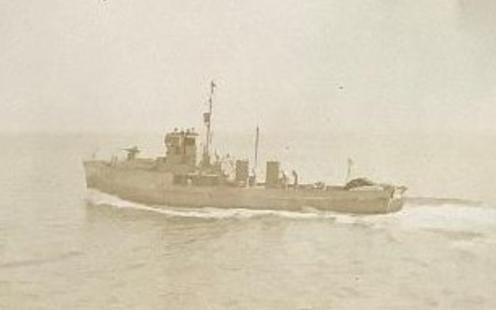