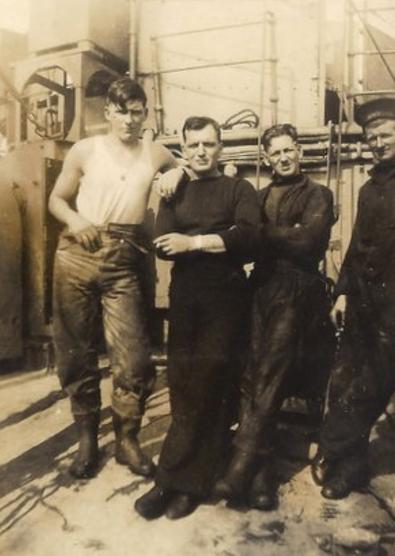 Nimrod. L’Atlantigue. HMS Nimrod was a Royal Navy anti-submarine training base at Campbeltown in Scotland. Here Navy personnel trained on ASDIC (amongst other things. ASDIC stands for antisubmarine detection investigation committee.) The “L’Atlantigue” was an Anti-submarine trawler). From May 41 to July 41 L’Atlantigue was conducting exercises off Campbeltown.

Nimrod. HMS Bredwalda.  HMS Bredwalda was an anti-submarine vessel. She was conducting exercised off Campbeltown from August 42 to June 43.

St Tudno. Peter Carey. HMS St Tudno was the headquarter ship for the Wildfire III Minesweeper base at Queenborough keeping open the vital shipping lanes in the Thames Estuary up the Port of London (then the biggest port in the World) Around the time Charles Haughton was attached to her, she went to Europe clearing the Scheldt Estuary and opening up the Port of Antwerp. By so doing are credited with shortening the war. The St Tudno and her minesweepers then went on to open up the Dutch ports allowing food and aid to arrive in Holland where at that time tens of thousands of Dutch people were starving to death. (The hunger winter)

Peter Carey was a Castle Class Minesweeper. PETER CAREY (wildfire3.com) Built at the end of WW1 but to late to see service during WW1. 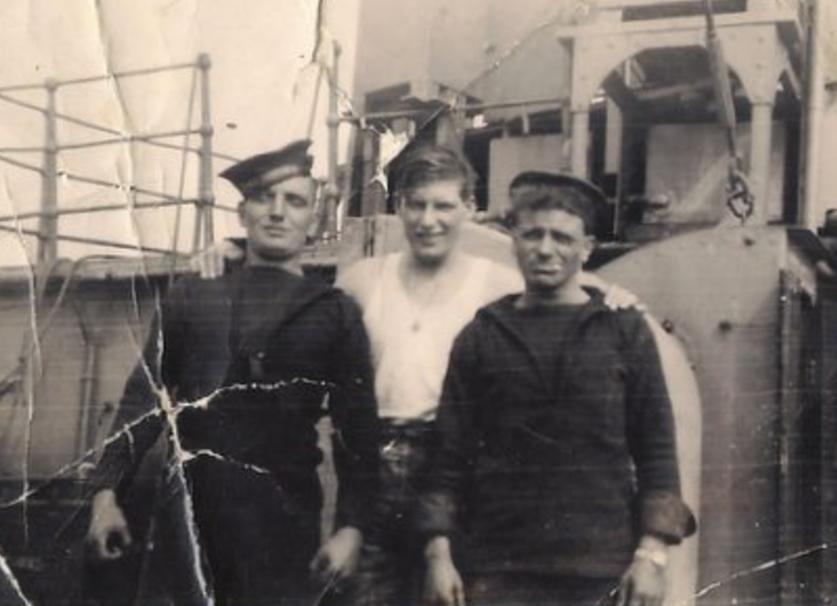 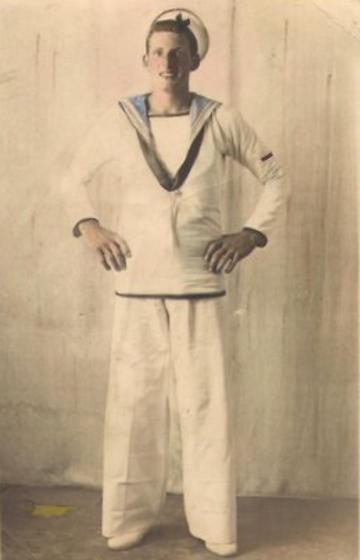 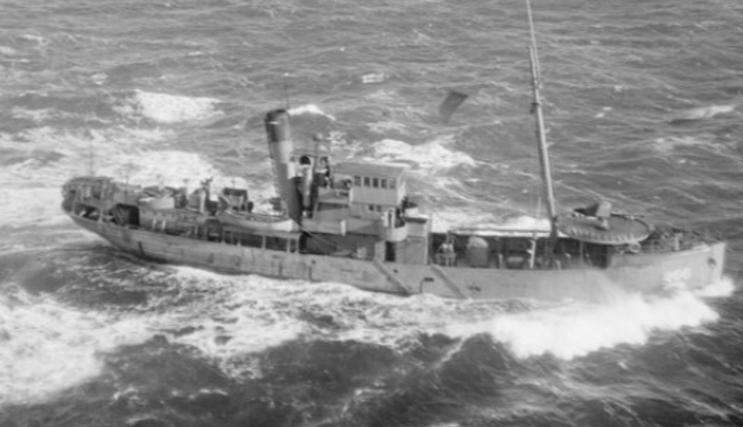 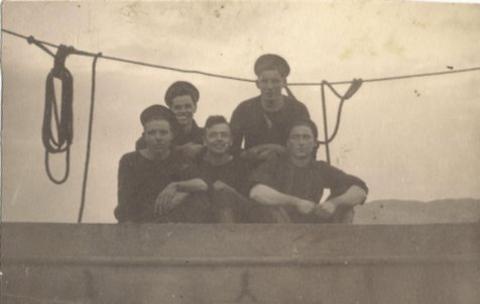 Charles on the right with shipmates.

Charles, in vest again, on the left.

Charles in his whites. 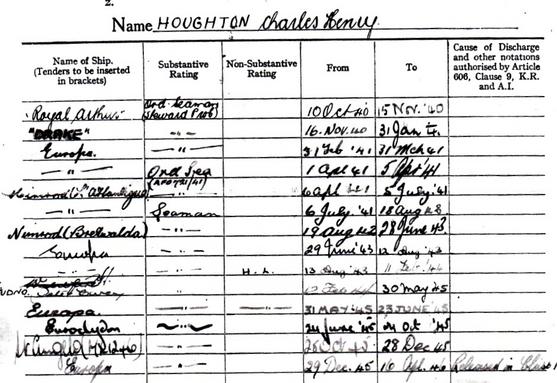 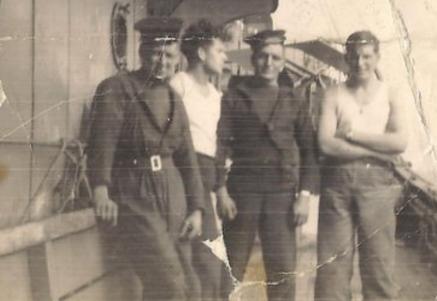 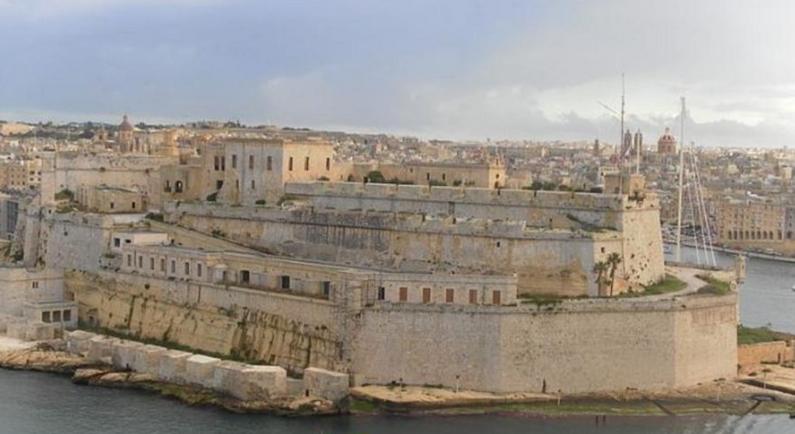 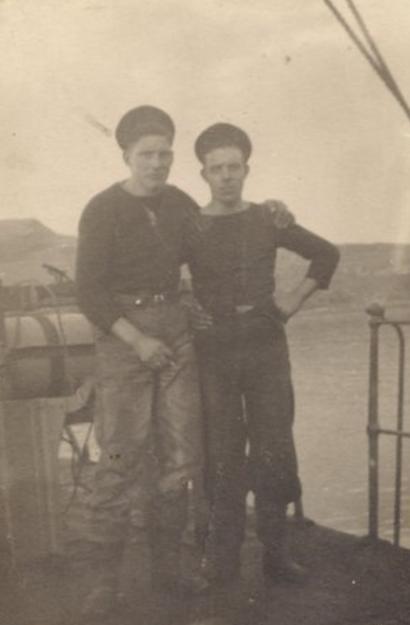 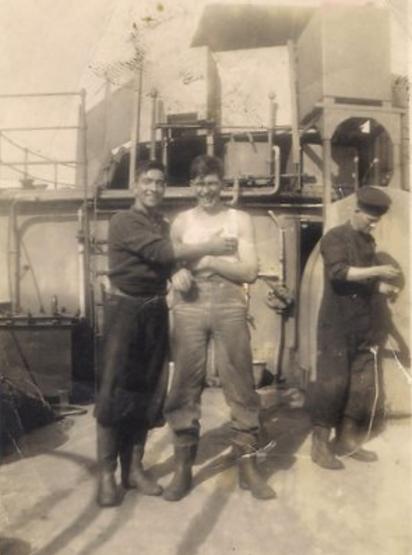 ML1246 (Motor Launch) was Harbour Defence Motor Launch of the HDML class. ML 1246 was sent to the Adriatic and was based at Zardar, Croatia. ML 1246 served in the Mediterranean and in December of 1945 she was at Alexandria in Egypt. Soon after she was handed over to the Palestine Police.

​Charles was discharged from the Royal Navy in April 1946.

Charles, possible taken in the Adriatic.

Born in Warrington, Lancashire in 1920, Charles Henry Houghton was married to Margaret and joined the Royal Navy on the 10th October 1940 when he was twenty year old.

Not the clearest of photos, but there is a war on!
Charles is back row and on our right ,higher than others.

Charles Houghton is in the centre.

Euroclydon.  Also known as Fort Verdala or the Verdala Barracks, fortified barracks at Cospicua in Malta. 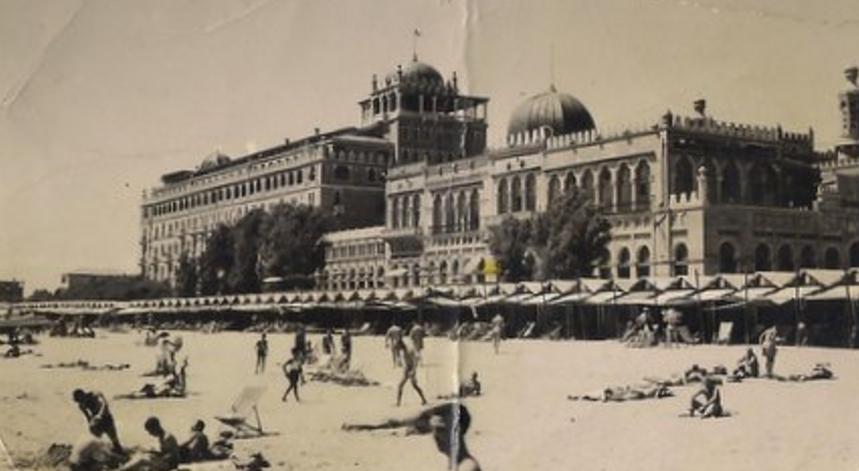 Possibly taken in the Adriatic. If anyone can identify the location please lets us know. 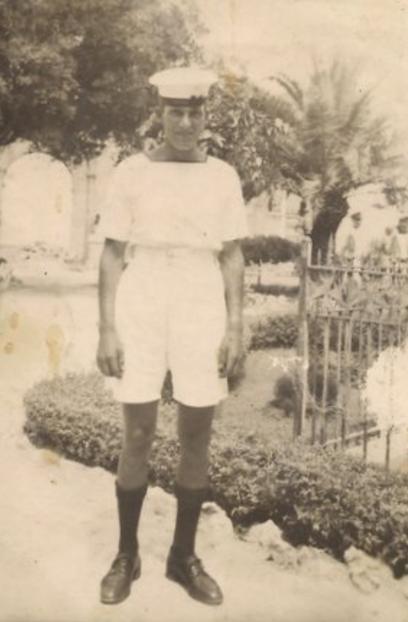